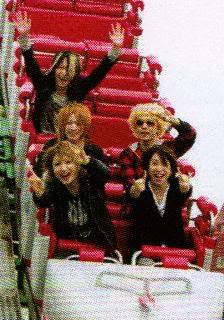 I have to admit I'm still enjoying the ride!
Posted by Linda Medrano at 6:50 PM 9 comments: 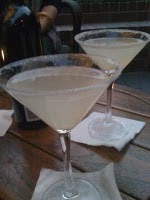 For the last couple of months, I've been doing a balancing act because of a painful shoulder. My whole approach to medicine, doctors, and ailments is the "less is more" philosophy. Give it time, it'll go away. By the time the holidays were here, I was beginning to realize that this was not going away, despite the whole regime of hot packs, cold packs, exercise, massage, Tylenol, and the occasional Bombay Sapphire martini.

I gave it one more chance because I wanted to get through the holidays without a visit to the doctor's office. I hate doctor's offices because they are germy and have sick people in them. Plus, it's so damned intrusive. Open my mouth and say "awwwww". Why?

This week, after a sleepless weekend, I decided to bite the bullet and go see my internist. He's a great guy and understands and sometimes even applauds my aversion to all things medical, (that is, unless it's a problem that has gone on for two months and I'm just now coming in for a consult).

This time I didn't have to disrobe (always a good sign) but the good doctor had me do a variety of movements (most of which caused me to yelp with pain). His conclusion was that I probably have a rotary cuff tear. I submit to you that this diagnosis made me shake my head with abject confusion. How in the hell could my son being a Rotarian cause my shoulder to hurt? The other thing that came immediately to mind was "Roter Rooter" because if rotary cuff tear doesn't sound like a plumbing problem, I don't know what does! Because I didn't want to look dumb (as in stupid, not speechless), I didn't ask what the hell my rotary was and why it had a cuff.

With a prescription for pain medication and the phone number for an orthopedic surgeon (now ask me how much I like the sound of that!), I left the office and came back home. I have an appointment with the specialist next week. Martini anyone?
Posted by Linda Medrano at 1:51 PM 14 comments: 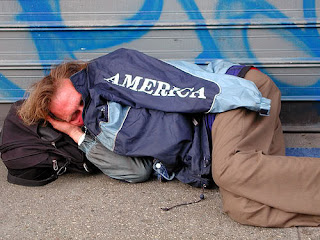 I went into San Francisco yesterday for lunch with a friend. There was a homeless man sitting in a doorway in the sun, smiling and looking at peace with the world. When our eyes met, I smiled at him and said "Nice to see the sun after all the rain." He responded "The sun is God's blanket for poor people. We do drugs all night, but when the sun comes out, we can sleep." I expected a follow up request for change, but it didn't come.

Walking on ahead to meet my friend at the restaurant, I thought about what the man said for a moment. He does drugs all night and waits for the sun so he can sleep. What a strange way to live.

Tomorrow's forecast is for more rain. The homeless will have to do without the blanket.
Posted by Linda Medrano at 7:25 AM 7 comments:

Every Married Woman Needs One 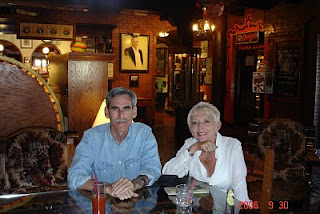 The Guy Pal is a necessity for any married woman. He should be attractive, preferably intelligent, and quite possibly straight (although gay is also possible in the right circumstances). He is there for all the things you can't do with your husband for whatever reason. The Guy Pal (or GP) will take you to the grocery store and actually carry in your groceries, for one thing.

Your GP has the strength to lift things that you can't lift. He can also pick up your medication if you are sick. If your GP is sensitive, he can listen to your problems and give good counsel. Should you need emergency road service or surgery for that matter, he is available to help.

He will share his muscle relaxants with you if you sprain a muscle. Your GP will also compliment your cooking. You can telephone him at any hour and say "There is a dead bird in my laundry. Please do something!" and by God, he will. Your guy pal will let you bitch about your husband, your weight gain, your less desirable family members, and never take it seriously.

In return, you feed him a couple of times a month. You offer your husband's services to him whenever it is appropriate. I took my GP on vacation with me and my husband. This photo is of Nelson and me at the El Rancho Hotel right outside of the Navajo Reservation in Gallup, New Mexico. My husband is also his friend. But most of all, Nelson is my GP. I don't know what I would do without him.
Posted by Linda Medrano at 4:22 PM 10 comments:

The above referenced blog is written by a dear friend I have shared everything with since the age of seven. We grew up about 8 houses away from each other, played together, chased boys together, cried together, but spent more time laughing together than seems possible!

We both came from solidly middle-class (maybe lower middle-class) families and had three other siblings each. We both knew the other’s family almost as well as we knew our own. Both of our Dad’s worked, and both of our Mom’s were housewives.

On weekend mornings, we would by pre-arrangement wake very early and climb out our respective bedroom windows and hit the streets! By 8 a.m., we were flying around the block on our roller skates. We perfected our form and critiqued each other’s styles. Linda S would skate faster, but I had more finesse. Up and down the street, around the corner so we could skate the slight slope as fast as we could and feel like we were alpine skiing! It was splendid!

We shared secrets, did rain dances which we made up as we went along, stole bra’s from our friend’s older sister so we could try them on and stuff tissue in the cups to get a general idea of what was coming, and we discussed boys. Oh we discussed everything! No topic was too private or personal. We analyzed situations to death, and then resumed skating. We even shared a skate key! We got in trouble over the same things, and commiserated with each other on our unjust treatment.

Linda and I sat on my front porch for hours on end waving at truckers, she in her blue hooded sweatshirt and me in my red hooded sweatshirt! We screamed in ecstasy when a truck driver would honk their horn at us! We talked about how cute the truckers were and which one liked one. One day, one of the admired truckers, parked his truck and started walking toward us. We noticed he was pretty old, (probably about forty) got scared and ran in the house! Why our fascination with truckers, I don’t know.

My mother was a savvy woman. She encouraged all four of her daughters to wear padded bras beginning when we first need (or wanted) a bra. The reason for her encouragement took me a long time to figure out. Okay, is there one young teenage girl out there who would be "fine" with people saying she wore a padded bra? Uh, that would be a "no". As a result of wearing the enhanced with rubber pads bras, no boys grubby fingers were ever allowed anywhere near our bosoms. (Of course, when I was almost 16, this changed forever. I realized there was absolutely no reason to enhance what was already bountiful.) And, yup, you guessed it. The end of virtue!

Now, another very delicate topic. Period panties. From the time I started my period, I realized that this messy business would ruin any underwear I put on. In order to salvage a few cute pairs of panties, I decided to choose a couple of pairs of "period panties". These were the ugly ones my grandmother gave me, cotton and drab, with "Monday, Tuesday, Wednesday" and so on stamped on the butt. (God forbid you have that accident parents warn about on a Wednesday and you are wearing your Saturday panties.)

Period panties become stained. It's a fact of life. In the old days, tampons were not for use by virgins, and so the Kotex pads (all two pounds of them) were fastened on to a "sanitary belt" to be held in place inside the period panties. Of course, the pad was prone to slippage. What a mess. Never mind. It's just the period panties.

As an adult woman, I found the perfect use for period panties all month long. If I had a date, and I was thinking that I did not want to get intimate with the man, I would slip on my period panties before I went out. No matter how desirable, wonderful, and sexy this man was, there was no way he was going to encounter those gross period panties. Should you change your mind about not sleeping with him, too bad. Save it for next time when you are not as virtuous!
Posted by Linda Medrano at 1:16 PM 26 comments: