Hank Jr. Has A Point 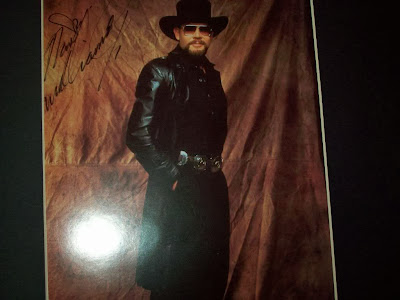 "I like to play good music and have a good time

I love to hear old trains rolling down the line

I am into happy and I don't like sad

And I like to have women I never had"...

Alex is on his way to Las Vegas.  He's got meetings tomorrow there.  Uh huh.

Seems to me, there's a lot of hanky panky in Sin City.  But I really don't worry about Alex too much.  He's really not that much of a hanky panky kind of guy.  I'm more likely to get into trouble than he is.  I get bored when my husband is away.  I'm sometimes tempted to light a small fire just for the excitement of being able to call the fire department.  Know what I mean? Now, okay, I've never actually done that, but it has crossed my mind.

There is something that is so tempting about something new, isn't there?  Whether it's a new dress or a new "friend", it's just so fun to unwrap a new package.  After I've worn the dress, usually I think about tossing it or donating it.  Where's the surprise!  Where is the excitement!

I told Alex to try and catch the Britney show while he's in Vegas.  I understand she's the hottest ticket in town.

I think I'll just mix myself a little Jack and Coke and listen to Hank.
Posted by Linda Medrano at 5:17 PM 28 comments: