Posted by Linda Medrano at 7:14 PM No comments:

"Yes. Feed The Ugly Ones To The Lions." 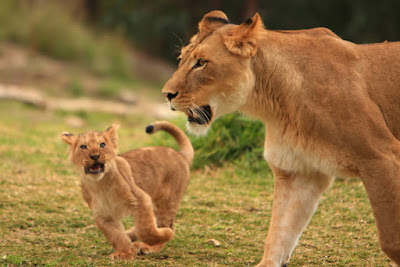 I may or may not have uttered those words to my friend Jim, 25 years ago or so.

He may or may not have commented on the attractiveness of my children in order to elicit such a response from me.

I lost touch with Jim for many years, but it was such fun before he disappeared off the face of the planet.  We were friends.  We were co-conspirators.  We were cohorts in crime.  And then he was gone.

I was instrumental in hiring Jim at the engineering firm where I worked.  He was young, brash and handsome.  Oh, and he was very smart as well. Jim was charming and appealing, and too many of the young women at work started vying a little too hard for his attention.  I had to fire a couple of them when the catfights got too noisy to ignore.

I would say that Jim was innocent and blameless in all of these shenanigans, but that would not be the truth.  He was neither innocent, nor blameless.  I never really saw him in the light that the younger women did.  To me, Jim was smart, funny, and incorrigible and I like that in a guy. But as a red-haired white boy, let's just say, he was never my cuppa tea.

Jim had a preference for nubile young blonds.  (Don't all men?) I think he was close to 30, but dated 18 and 19 year old girls almost exclusively.  He even moved some of them into his apartment.  Jim promptly asked them to leave if they left bra's on his door knobs.  (Why else did God make door knobs?).