Some Quarters You Just Don't Want To Get Out of Bed 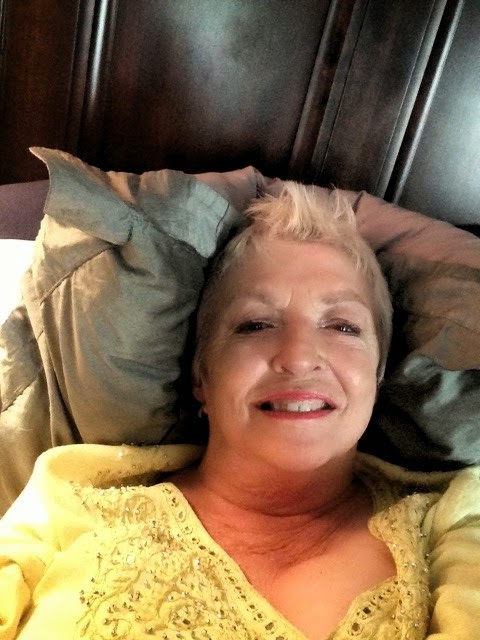 I haven't written much in the last 4 months, but I did try to participate in the 30 days of writing minus 2 days challenge put on by "We Work For Cheese" in February.  So that leaves a quarter of the year I've written nothing, nada, zilch.

I could say it's because of "writers block" or something.  Actually, I think it may be more related to the episode where I fell and smashed my face in the concrete and fractured my hand last year.  Oh I've recovered, (except for the nerve damage in the hand which really is not that big a deal), but mentally, and emotionally, that episode did something weird to me.

For the first time in my life I felt horribly, terrifyingly, absurdly, vulnerable, and overwhelmingly afraid of just about everything.  I've always been an almost "macho" woman feeling helpless and scared is just not a person I've ever lived with before.

I was afraid to go outside alone.  I was afraid to be home alone.  I didn't leave the house for weeks at a time.  I felt like I should "hold on" to furniture to keep me from toppling over.  I woke up at night gasping for air after dreaming of falling and knowing I was going to be maimed for life from the landing.  My husband said I was acting like someone with PTSD, and I guess maybe I was.  Part of the problem was that I really couldn't talk about how frightened and vulnerable I was feeling because I was embarrassed and deeply ashamed.

During this time, I trekked to all my my fellow writers blogs and read what they had written.  I was mostly unable to even leave so much as a comment on their articles.  My confidence was gone and I thought I had become old and infirm with nothing to say.

Fortunately, I think I'm better now.  I'm forcing myself to take a walk at least around the block every day, rain or shine.  I've stopped canceling appointments.  And best of all, I think I may be back on track.

I may not be able to post as often as I would like to, but I hope to continue doing so with some regularity.  You really can't keep a good (or bad) woman down!
Posted by Linda Medrano at 3:03 PM 35 comments: