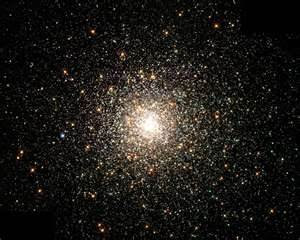 I don't believe in luck.

I believe in choices and decisions that change our lives one way or another.

I've made bad choices and good choices and I've lived with the consequences of both.  My bad choices have sometimes been doozies, but I always was able to get back on a good path.

My good choices included going to college in my 30's and making some smart life and financial decisions.  I realized early on  that going to school in and of itself would not totally change the fact that I have limited talents and abilities, but a college education would enhance my potential for success.  With apologies to Bill Gates and Steve Jobs, most of us need that piece of paper.

My worst choices have included taking  jobs I knew I was going to hate, and marrying for a powerful combination of lust and greed.  (Who knew?)  I  got my head out of my ass and realized a prince was not the solution to my career and financial  issues.  I needed to do somethings for myself if I wanted a better life. Most of the time, I have been "lucky" and made decisions that worked out fine.

I know people who think they are unlucky.  An old friend of mine divorced a low-down, cheating, lying husband and promptly thereafter married a heroin addict.  She thinks she has had such bad luck.  This woman also didn't file tax returns for years and it just about ruined her financially..  To complete the money disaster, the same woman built up credit card debt to over $60,000 and she had to declare bankruptcy twice.  Bad luck?

Another woman I know married a very wealthy, quite a bit older  man.  She lived with him in a miserable relationship for over 20 years.  He died and she inherited a lot of money.  Even with the money this woman is unhappy and would not consider herself "lucky" at all.  The 20 plus years of being unhappy took a serious toll on her.

A friend of mine got sick of the "rat race" of corporate employment so he dropped out.  This guy has an adequate "nest egg" and he can live within his means.  My friend lives frugally and has very little interest in material possessions.  He does use money for travel and experiences.  It works fine for him.  I'd say he's pretty lucky.

My husband Alex joined the Navy when he was 18.  While continuing his military service as a Reservist, and working full time as an aircraft mechanic, Alex went to college at night and got a degree in Computer Science.  For 20 years, Alex has been working in a field he loves and being very well rewarded for it.  He considers himself a lucky person.