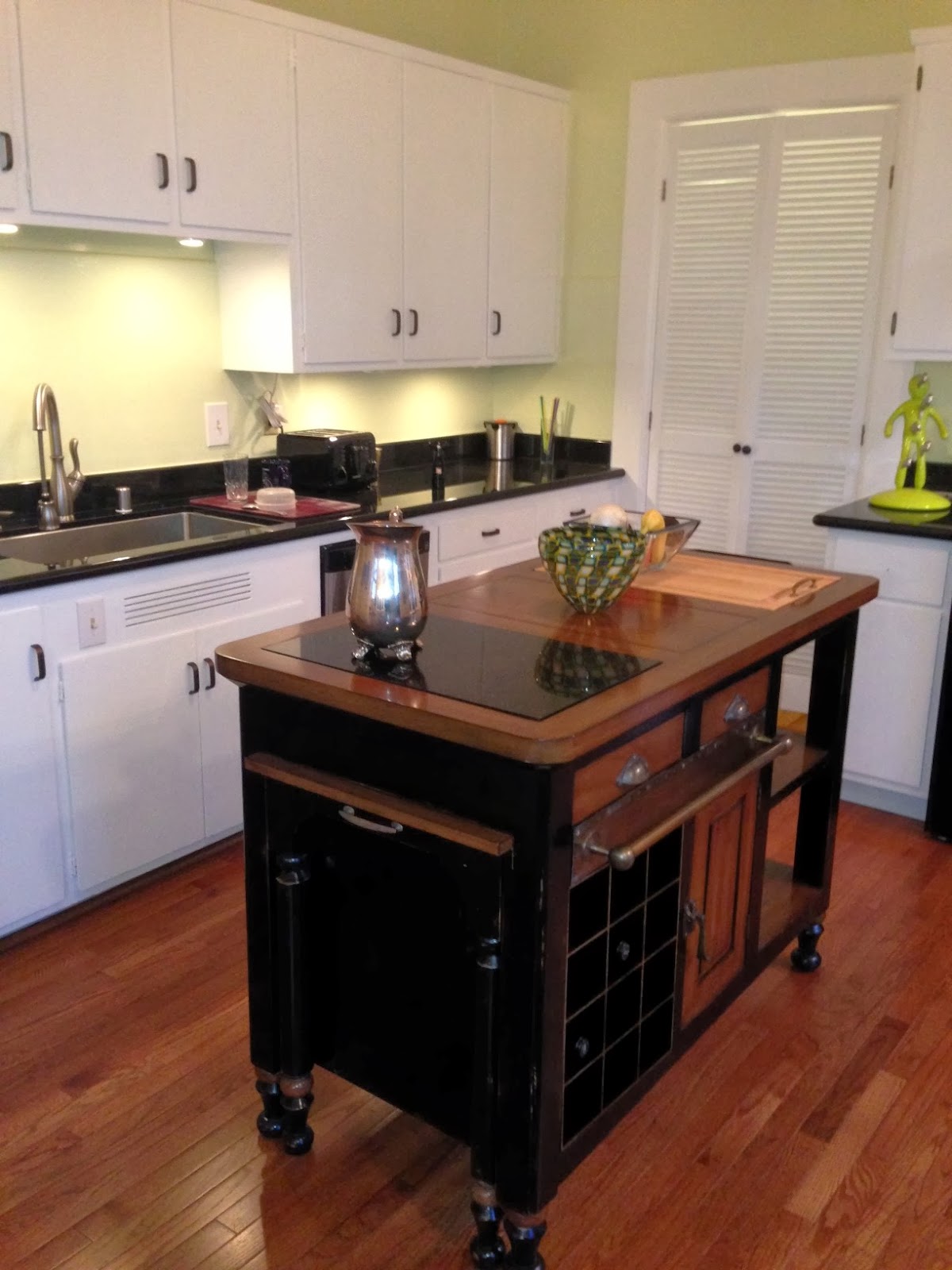 My posh island finally arrived today in all its glory, and it is pretty glorious.  I plan to spend a lot of time admiring it, polishing it, and even using it.  I know that unlike some old boyfriends I could name (but won't of course), I will not tire of this island after a couple of sessions with it.
Posted by Linda Medrano at 5:53 PM 23 comments: