Linda And Alex Have An Excellent Adventure 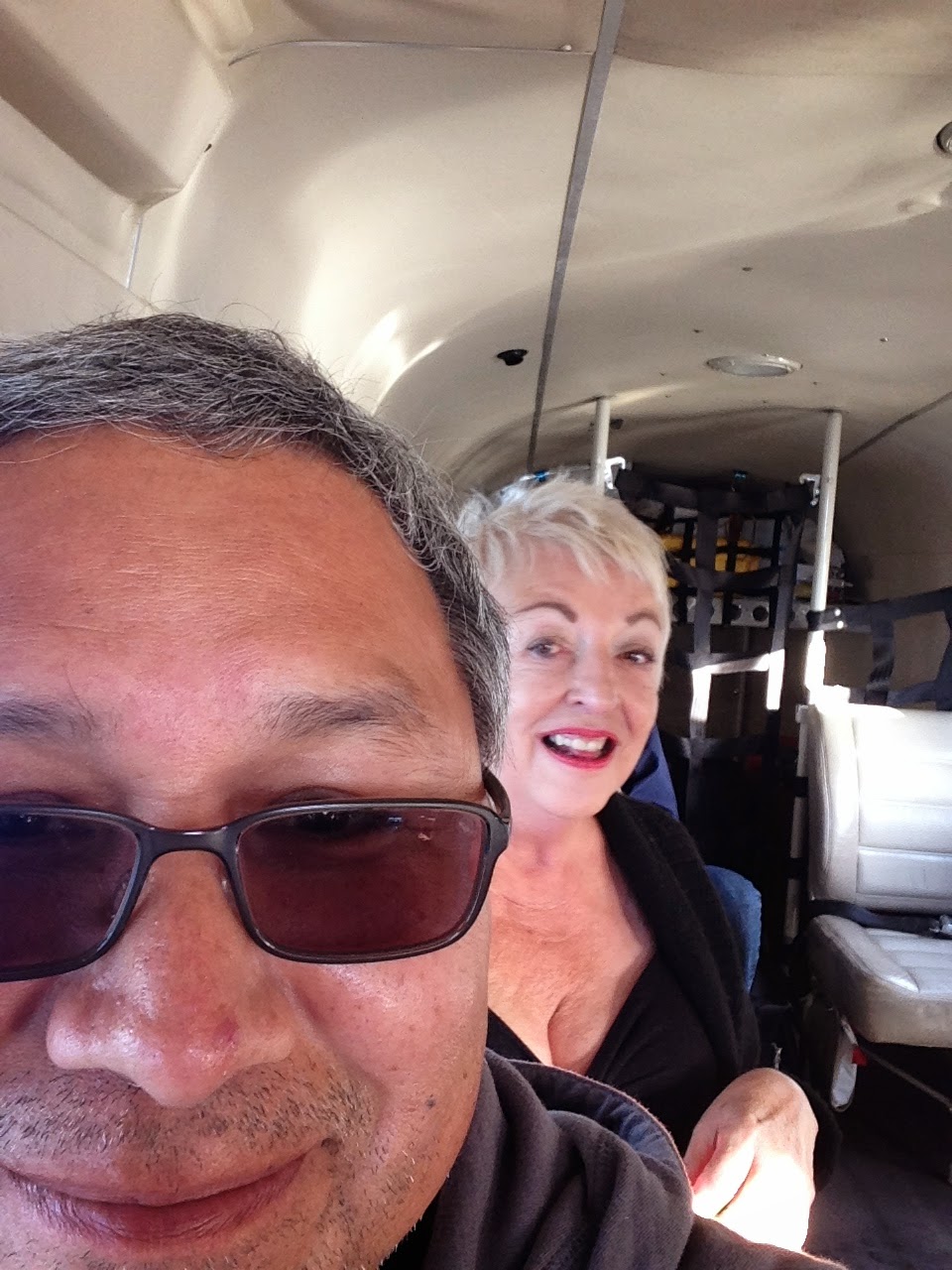 I don't travel.  I don't like to travel.  I dislike leaving my dogs so we usually drive and take them with us most places.  Alex flies a lot.  It's been several years since I have flown at all.  I always have found an excuse not to go.  I'm not afraid of flying.  I simply don't like flying.

We have made two trips via airlines in the last couple of months.

One trip took us to Oklahoma City for my 92 year old Aunt's funeral.  Despite it being a sad event, we did enjoy visiting with my cousins and the trip was actually very enjoyable.

Our most recent trip took us to beautiful British Columbia where we spent several days at the Empress Hotel.  The hotel is glorious!  The people were delightful.  Canadians are lovely to look at and probably among the nicest people on the planet.  Even the custom's officer with his quick smile and "No worries!" comments was charming.

Canadian folks just seem to ooze charm, friendliness, and warmth.  I actually wonder if they might be aliens.  Adorable aliens, but aliens none the less.

Yeah, yeah, yeah.  It was all great.  This is not a travel blog.

We arrived at the terminal of Kenmore Air in Victoria about an hour before our scheduled flight.  They thoughtfully had coffee and bagels set out for passengers, many of them looking like daily commuters.  While Alex with his cast iron stomach opted to eat and drink, I sat and wished I could remember what a rosary was and how to pray on one.

Several of the pilots walked into the terminal with their dark glasses and pilot gew gaws on their shoulders.  They looked cocky and about the same age as my 18 year old granddaughter.  Confidence inspiring for some I'm sure, but I began to feel a bit nauseous with nerves.  I watched the tiny seaplanes take off and wondered if I could still change my mind about this mode of transport.

Then she walked in.  She was a small woman, perhaps 30 years old, and gorgeous.  She wore tailored trousers, shiny boots, and a windbreaker jacket.  Her dark slightly curly hair was tied back in a ponytail.  There was something about her that stunned me.  Besides her obvious beauty, she radiated a quality of utter confidence and competence.  I sort of fell in love with her at first glance.

When our flight was called and we were told to gather outside the terminal and wait for our pilot, I was feeling a tiny bit shaky.  But then I saw her walk toward us.  She said good morning and introduced herself as "Anna".  She was leading our group of four people to a tiny plane.  Alex asked me when the pilot would come out, and I told him "Anna is the pilot".

Alex commented that she was probably just the person who helped with the luggage and such.  (Silly men.)  We got on the tiny plane and Anna told us to strap our seat belts and warned us not to get out of our seats during the flight.  Anna jumped into the pilot's seat and started the plane's engine and eased out onto the water.  She picked up speed and before long we were airborne in the smoothest take off  I have ever experienced.  We flew low enough to really see the channel islands.

It was a beautiful flight.  I never experienced one second of trepidation.  I've never enjoyed a flight more!

In fact, I've never enjoyed a flight at all before come to think of it.  All too soon, we were landing in the water in a totally smooth transition.

Oh well done, Anna!  If I were a rich woman, I would hire Anna to take me everyplace!