The Red Light Districts of Europe 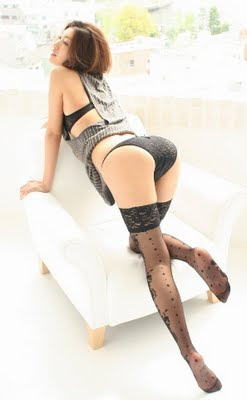 There are numerous red light districts in Germany as well as in the Czech Republic.

Guess where my husband Alex is! Well, I'm not saying. Still, I felt obliged to tell him that he was in the middle of hubs of prostitution in the countries he's working in at present. Of course, he played dumb and said "Oh really?". Yeah, like he doesn't know. 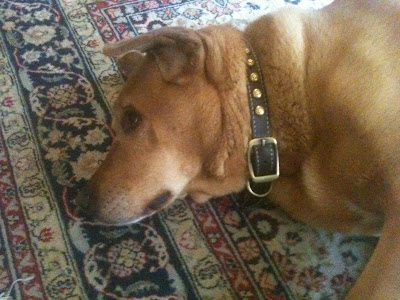 Alex is gone for a month. Actually, it's over a month. Harry is miserable. He waited at the back gate for the last two evenings for his dad to come home. During the day, he's moped around the house and not even wagged his tale once. Believe it or not, a squirrel ran across the front lawn right in front of him and he didn't even bark. This is Harry the Squirrel Killer I'm talking about. 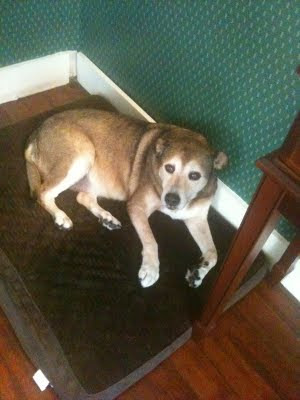 Honey isn't feeling any happier about Alex being gone either. She's been lying in Harry's bed all day, forcing Harry to lie on the rug. (He would be too afraid to climb into her bed.) She is depressed and not interested in playing either. Of course, Honey wasn't playful to begin with. She's been in a bad mood for a few years now, sort of like me. Being depressed does not affect her appetite though. That's sort of like me too come to think of it. 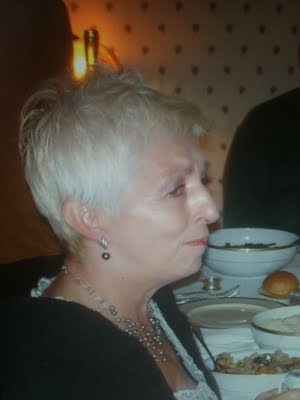 And speaking of me, I'm not real happy about this trip either. I know I called him Turtle Man in my last post, but I really didn't mean it. Alex does not look like a turtle. When he's not here, I miss him. So I am sad too. Here is a photo of me looking terribly sad. Makes you feel bad doesn't it? Well, the truth is, I'm not sure I was sad so much as ready to spray Diet Coke across the table trying not to laugh at some lame joke. But it looks like a sad picture so I thought I'd use it.

The truth is I wouldn't put on my Tahitian pearls and lace blouse and put out china, silver and crystal if Alex isn't home. I barely get out of my robe.

So if Alex decides to leave his little family for an Eastern European prostitute, I will certainly let all of you know. And we will show you the "mad" photos which are much different from the "sad" photos.

Posted by Linda Medrano at 2:43 PM No comments: 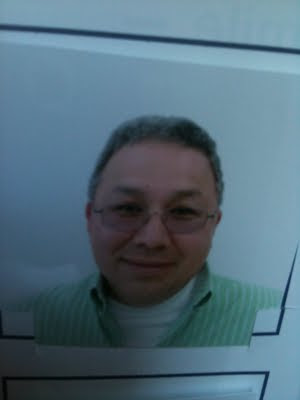 Alex got his passport renewed a while ago.

We all know that passport photos are just awesome. They use the best photographers at Walgreens! In fact, I may go to the guys there for some glamor shots.

I thought his photo was fairly good, compared to other photos I've seen. The DMV does sometimes take wonderful shots for us too, but they usually tend to make a normal person look like a deranged serial killer, baby rapist, and total degenerate.

After laughing until my sides hurt, I tried to tell him that he really didn't look like a turtle. (I would never hurt my darling husband's feelings if I could avoid doing so.) The problem is that in this picture Alex looks exactly like a turtle with his head poked out of his green shell.

If I took a passport picture that made me look like a turtle, I'd never leave the country.

Have a nice trip, Turtle Man!

Posted by Linda Medrano at 1:58 PM No comments: