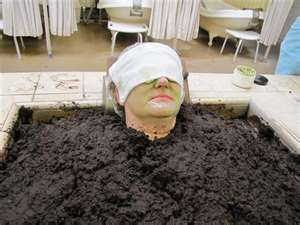 They brought me a nice glass of rotten egg smelling mineral water after my treatments. Yum.
Posted by Linda Medrano at 2:59 PM 4 comments: