Windows To The Soul 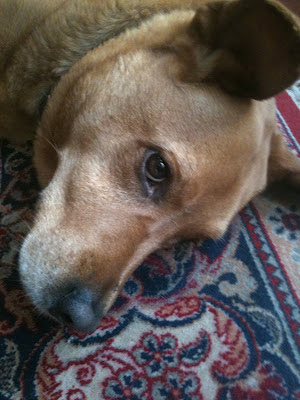 Harry is not religious, but he is spiritual. Actually, he probably is part Jewish and he loves matzo balls. Harry loves to eat, meditate and sleep. The only thing he likes better than eating, meditating and sleeping is eating, meditating, sleeping and going for walks.

Another one of Harry's major pleasures is chasing squirrels. Sometimes he even catches one and that's not a good thing.

If this had happened once, I might understand it better. When we adopted Harry, the shelter worker said he actually prayed it would work this time. It was very upsetting to find Harry dumped three separate times.

Being abandoned three times before you were even 18 months old is very traumatic, I'm sure. As a result, although Harry is a wonderful dog, he has a lot of neurotic quirks. For example, he's afraid of trees. I am also afraid of trees. Harry is terrified of wind and rain and I don't like those things much either. Harry does not like the country. He is a city boy. I also understand that.

Harry barks at flies and tries to catch and eat them. Flies taunt him and look at him funny which upsets him no end. But honestly, does anybody really like flies?

Harry is about 8 years old now. He's slowing down a bit. We got Harry a new companion a while ago. Her name is Zoe and she's a puppy. 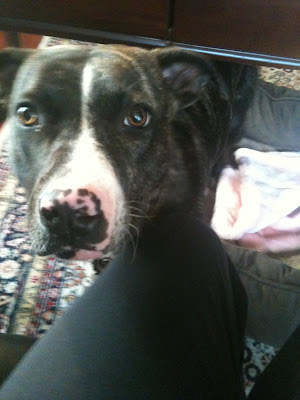 She is also a rescue dog. Zoe is very sweet, very friendly and very playful. Harry likes her but finds her very pesky. Zoe seems to take the song "Girls Just Want To Have Fun" very seriously. Harry get annoyed because when he's trying to meditate, Zoe comes up and bites his neck and licks his nose and ears until he pays attention to her.

Zoe's favorite thing in the world is playing "grab ass" with Harry. That is a game where they both run as fast as they can through the house knocking over everything in their path. This is always accompanied with growls and yips and howls.

Zoe has the body of a world class athlete. She is pure muscle and fast, very very fast. Harry is an older dude now and a little fat. He's not slow, but he cannot catch Zoe if she doesn't want to be caught.

So, after a while, Harry gets tired of playing the game and tries to resume meditation. Zoe comes over to nuzzle and chew on him and then Harry has had enough.

He takes his big body and knocks her on the floor. She throws all four legs in the air to show her submission. Harry stands over Zoe and growls for a few minutes.

Then it's nap time. What a life!
Posted by Linda Medrano at 10:26 AM No comments: 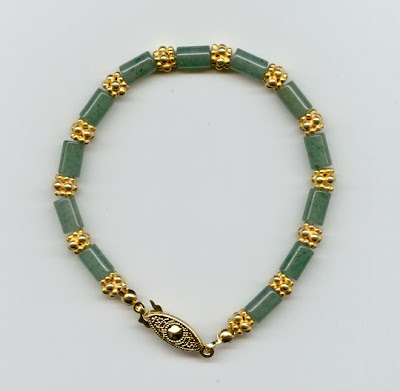 He bought it at a jewelry store in Chinatown.

It was his Christmas gift to me. Jade and 22 karat yellow gold, sometimes called "Chinese Gold". Just lovely. He spun a tale to me telling me that jade is for "good luck".

Because he was proud of his purchase, he went on to tell me that the jade was of very high quality. I assumed it probably was.

What I didn't tell him is that I like diamonds and rubies and emeralds. Jade is cold to the touch, dead in color, and not in the least appealing to me.

He fastened the ornate clasp on my wrist and told me how beautiful it looked. I smiled, but the smile did not reach my eyes.

In his way, he was trying to teach me "quiet good taste". Little did he know that this bracelet taught me that I didn't love him or need him to teach me anything.

The next day, I went downtown shopping. Somehow the bracelet caught on something and the clasp opened and dropped to the floor somewhere. I hope the person who found it found good luck from it.

I never told him I lost the bracelet. Our seven year interlude had run its course.
Posted by Linda Medrano at 11:39 AM 1 comment: