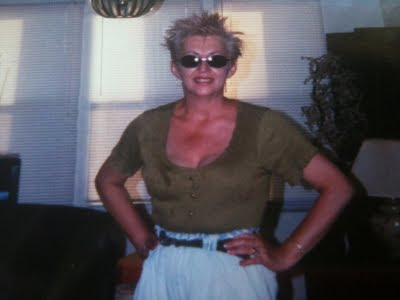 He's a good guy.
Posted by Linda Medrano at 4:23 PM No comments: 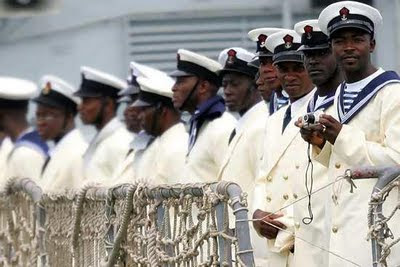 My cleaning lady Maria has a daughter.

Marina is 20 years old and a Jennifer Lopez look-alike. She's a shy, charming and lovely person.

We were concerned about Marina. She seemed to really feel that the sailors had been overly aggressive in trying to talk to her and wanting to take her photo. Marina is a very protected young woman and not used to obvious attention from men despite her beauty.

Today, Alex and I went to Coast Guard Island to run the dogs and pick up some supplies at the Exchange. While we were there, we saw dozens of young Nigerian sailors walking around. I am not sure I've ever seen better looking men! They are very attractive people.

While I can appreciate Marina feeling intimidated by them, all I can say is that I'm not sure why. These guys may get a little close to you when they talk to you, but so what! They may ask to take your photo and tell you that you are pretty, but so what! They are normal and healthy young men.

Two of the Nigerian guys were coming on base as we were leaving today. They were talking and laughing with each other as they walked. I grinned and waved at them and they grinned and waved back at me as we passed! Oh, no. I have no problem with Nigerian sailors at all! Actually, I'm kind of delighted to have them here in Alameda for a while. They certainly brighten up the landscape!

I've always been a sucker for a uniform.
Posted by Linda Medrano at 4:29 PM No comments: