The Daughter, The Dude, The Diner 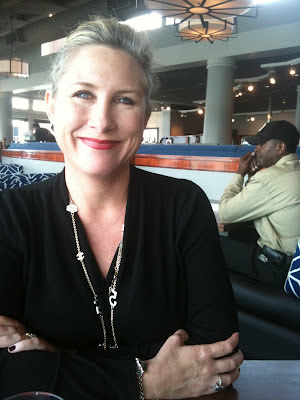 It's not really my fault.

My gorgeous daughter Sheila came over to meet me at Jack London Square for lunch.  We decided to eat at "Kincaid's", a place that sits right on the water of the San Francisco Bay.

I tried to seat Sheila in the most desirable seating, and she was facing the water.  She could watch the sailboat lessons in progress while we enjoyed a leisurely luncheon.

Sheila told me she looked very "lesbian" today.  I didn't really agree.  But then, she does not usually wear her hair in a pony tail, and maybe that made her feel gay, as in happy and she gets confused with feeling happy and feeling like she's looking "lesbian".  Because I have a quite a few lesbian friends, I can assure you that one cannot tell a woman's or a man's sexual preference from appearance alone.

It was not my fault when a tall, good looking bus driver sat down at the table slightly behind us.  I watched with interest as he ordered a lovely salad for his lunch.  My daughter and I ordered a salad and a pastrami sandwich to share.  Neither of us can finish a really big sandwich so this seemed reasonable.  I also ordered iced tea, but the waitress with the startling gold eyeshadow suggested something called "organic green tea with pomegranate juice" so I said "Sure!"  She brought me my iced tea and watched as I took a sip. " Oh my god, that's horrid!  That stuff is repulsive!  It tastes like cough syrup and not the good kind with codiene!"  It was putrid at best.  She quickly took it away and my daughter asked me why I would take a suggestion from a woman who thought iridescent gold was the color to paint all around her eyes.

My daughter pulled out her smart phone and said she needed to photograph me because I looked so cute today.  I pulled out my smart phone and told her the same thing.  We both said "Oh I don't look that cute!" but we didn't really mean it.    Then Sheila started laughing and realized I was taking her photo but at the same time I was getting the cute bus driver's photo too.  In the picture, she's giving me that "I know exactly what you doing" look.  I get that from her a lot.

I might add that when the bus driver finished his lovely salad and paid his bill, he peeked around the corner at me 3 or 4 times before he left.  Dude had game.

I just called my daughter to ask her how to spell "pomegranate" and she told me she had fun.  I did too.

My daughter can be such a delightful bitch!
Posted by Linda Medrano at 8:29 PM No comments: 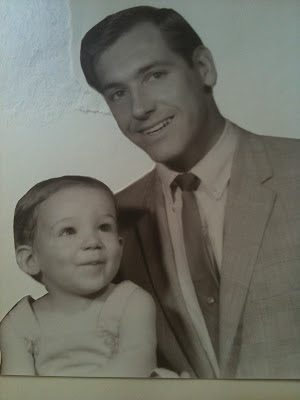 His wife telephoned me late in the afternoon.

My ex-husband had been in a coma for about a week.  John was dying of a brain tumor and his wife, Alma, was distraught because he had been hiccuping continually for over 24 hours.

Alma was crying and saying that she knew he was hurting from the brutal hiccups that were shaking his emaciated body.  I felt like crying too.  It had been a long hard road to this point.  John had been under Hospice care with round the clock nurses for a couple of months.

Alex's mom lived in Phoenix with her husband, (the Snake), a Mojave Medicine Man and a "Bird Singer".  The Bird Singer is summoned to help prepare a dying person for their journey.  An idea came into my mind.  Perhaps the Snake could help.

I asked Alma if she would be all right with us trying to bring the Snake up to do a ceremony for John and she replied that she would love it.  I asked Alex to call his mom and see if they could come up that evening.  Alex told me that the Snake didn't fly, but he would try to convince him to come.  (Traditionally, the Snake could not refuse such a request if it were made face to face.  Because of this custom, Alex needed to have his mother ask the Snake in person.  A telephone call was not enough.)  Alex's mother called us back in moments and said they would come.  We called the airlines and had their tickets waiting for them.

We picked them up at the San Francisco airport a couple of hours later, and we drove through the darkness to San Rafael.  The Snake had his gourds and his ceremonial ribboned shirt with him.  When we arrived at John and Alma's  home about 11 PM, all the lights were blazing.  John and Alma's young son, Bryan,  was wide eyed and very excited about what was happening.

The Snake took a few minutes to change his shirt and to meditate and bless his gourds.  We all waited quietly exchanging whispers around the hospital bed in the front bedroom.  John continued to be jolted with brutal hiccups, and he seemed to be sleeping fitfully.  The Snake came into the bedroom and we all quieted.  Slowly and quietly, the Snake explained to us and to John that he was going to sing some songs to honor John and to prepare him for this last journey.  He said he would sing for many hours and that we should go out of the room if we needed to converse.

With that prelude, the gourds began making their loud rumble and the Snake's clear strong voice filled the room.  Within ten minutes, the hiccups had stopped.  John's posture relaxed visibly.  Alma and I started crying.  The Snake sang on and on.  Alma left the room to take the baby to bed, but we stayed there.  After several hours, the Snake said "He will sleep now.  He is not going away just yet.  He will go away early in the morning in a few more days. John will just fly away."

John died at 5:00 AM four days later.  His hiccups did not return.

As you know, I am not religious.  John's hiccups may have stopped because the loud gourd and voice scared them out of him.  I like to think he would have been amused that his women loved him enough to do this last thing for him.
Posted by Linda Medrano at 1:41 PM No comments: