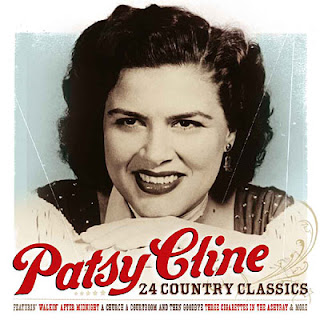 Dawn was a sailor girl.

I met her when my son brought her home when he was on leave. She was a pretty girl.

I have no idea if my son and Dawn slept together or not, but I would bet not. Dawn was not really his type.

But she was mine.

Dawn was 21 and had just gotten divorced from a 20 year old Marine. She was so completely without artifice that I adored her almost on sight. Dawn had something I can only call "gumption" and I admire that quality more than almost anything else.

Dawn came back to see me two weeks later and spent the night at our house. She and I drank Jack Daniels and listened to Patsy Cline for hours in our pajamas, talking about life, love, and men who had done us wrong.

When she got ready to leave the next day, I gave her a pair of emerald earrings. I hope she still wears them, and I hope she is happy!
Posted by Linda Medrano at 6:21 PM No comments:

Roses, The Prom, And The Guy With One Leg 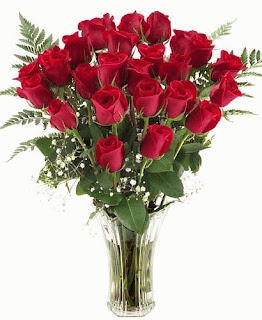 When I was a junior in high school, I really wanted to go to the junior prom.

I didn't actually have a boyfriend at the time, so I thought I might be out of luck. But I knew one guy from Geometry who just might fit my requirements.

John was smart and very good looking. I don't think he dated much, but he was very good at Math. I decided he would be my prom date. It was just going to take a bit of planning since I doubt that he even knew my name.

I decided to use my feminine wiles to snare John. Oh, and did I mention that he only had one leg? John had saved his sister while boating and lost a leg doing it. His parents had given him a nice car, and he was really cute, plus the math aptitude, well what can I say? He was perfect.

I asked John if he would come to my house after school to help me with the homework because I was hopelessly lost. He agreed and came over to work with me. John was very serious in trying to get some math into my pea brain, but that is the last thing that was really on my mind. I clasped my head in dismay and said something cute like "Oh John, I'll never be as smart as you! I just don't get it."

Kindly, John said "I'll come back tomorrow and we'll work on it some more" and then he left. This was not really going according to my plan, since I had assumed I might even be pregnant by this time in the scenario. Still, I realized it would take something to make him think of me as just a girl, and not a math project.

I had a brainstorm. I grabbed my babysitting money, all of it, and headed for the shopping center. I went into the florist and ordered a dozen red roses to be delivered to my house the next day at exactly 3:30 PM. The card was addressed to me, of course, but not signed.

The next day when John and I were at the kitchen table studying, the doorbell rang. I went and opened the door said something like "Oh wow! For me?" When I walked in the room with the bouquet of roses, John said "nice". I made a big deal out of opening the card and said "Oh no!" "What's wrong?" John asked. Looking upset, I said they were from my ex boyfriend but it was over and I just didn't know what to do.

"About what?" John asked. "Well, we were supposed to go to the prom, I even got a dress, but now we've broken up, so I guess I just won't get to go." I think I may have even squeezed out a tear. John put his arm around my shoulder.

Yup. That's how I got to go to the junior prom with the one legged guy. And, yes, he could dance.
Posted by Linda Medrano at 3:31 PM No comments:

Summer has hit the San Francisco Bay Area with a hammer!

It reached 105 today. Tell me I'm joking! I know I've been smug about the 63 degree summer. But this is ridiculous! In San Fran, we get 3 or 4 hot days a year. This is a lot less than a lot of you suffer through and I know that.

Still, keep in mind that we do not have air conditioning. Frankly we don't need it. We heat up once a year and nearly die from the friggin' heat, but it usually lasts a day or two and it's over.

This spell happened yesterday. It reached 90 degrees in Alameda. Alex and I slept downstairs with the dogs. Our cat Smokey runs a constant temp of 102 so he was fine. We were not so fine. Both Harry and Honey were suffering too.

Sex in hot weather? Are you joking? Nobody can stand the idea of sex in hot weather. That's why I let Alex go for his massage this evening and even left his credit cards and ATM card in his wallet. Babette would refuse him any request for a happy ending if she has half a brain. And if she does not have half a brain, what am I worried about in the first place?

I was suffering. Heat and I do not get along.

We went to dinner at a place on the water this eve hoping for a cooling breeze. Even the three gin and tonics did not make that materialize. I did meet a handsome black man with a red pit bull. Honey and Harry were as intrigued with the dog as I was with the guy.

If it does not cool off tomorrow, I'm booking the first flight available to Finland to visit the luscious Ziva. This cannot be how God meant us to live.

Heat is nasty, no matter how you slice it. It makes me sweaty, angry and impossible to deal with. That cannot be a good thing.
Posted by Linda Medrano at 9:01 PM No comments: