Inside The Emerald Triangle 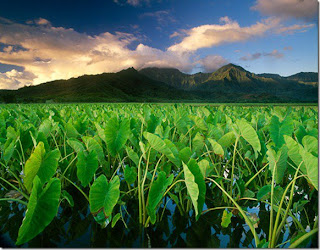 We left for Mendocino on Wednesday morning.

Although I am a native San Franciscan, I've never been to Mendocino before. Nor had Alex. For that matter, neither had Harry or Honey.

Mendocino is in "The Emerald Triangle", the counties of Mendocino, Humboldt, and Trinity, and is the major production area of marijuana in California and for that matter the US. The region is also called "Behind The Redwood Curtain".

We were going up for a major growers conference. Kidding! We were going up to check it out and spend our 21st anniversary there. I have always heard it's a beautiful area.

After splitting off from Highway 101, we found ourselves traveling on a two lane road through an amazingly dense national redwood forest. I find trees intimidating and frightening in the best of times. I was thinking ocean views and cool temps. I was wrong. The outside temperature reached 106 degrees.

For those of you who are non-believers, aliens live in the forests. That's why there are all those twisted looking trees. They are there and look up the information from former Air Force officers if you don't believe me!

After about 4 hours, we got to Mendocino. It's kind of rich hippie pretty. Our cabin was cool, the white dudes around town had dreadlocks and had spacey eyes. The wine was good as was the weed. (Just kidding again.) It was way way too hard a trip for the payoff.
Posted by Linda Medrano at 5:49 PM No comments:

Singing, Dancing, Painting, and Fun Stuff That Won't Get You A Job 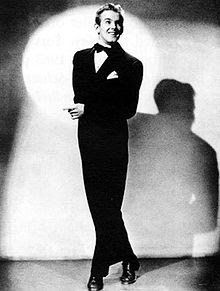 I have a friend who was a philosophy major in college. He went on to get a masters degree in theater arts. My friend expected to be the next Bob Fosse. Guess what? It didn't turn out that way.

I have a male acquaintance who lived and breathed music from the time he was 16 years old. He was a drummer in a band that played around small town venues once in a while. Sometimes he even got paid, but not often. His mother encouraged her boy to follow his dream because she was sure he would succeed. He had talent and drive! How can you fail? The simple answer is quite easily. Today he's 43 and works as a driver for UPS.

An old boyfriend was a very successful lawyer. He had a son who attended the San Francisco Art Academy. His son wanted to do things "his way" and never made a dime from his work as an abstract painter. Fortunately, when daddy is a lawyer, you can go back and get your master degree in fine arts and teach. That's what he did.

A young man of almost 18 I know is very interested in "working in film". I'm sure this guy thinks he could be the next George Lucas or Spielberg. And maybe he could (if all the stars align just right, that is.)

If a kid is going to college, let's just hope that he or she studies something that will get them a job when they finish school. Engineers have jobs. Nurses have jobs. Accountants and paralegals have jobs as do lab techs and aircraft mechanics.

Education is expensive. Why waste money on something that will leave you unemployed at the end of the day? I sometimes think that the rush to "the arts" is just to avoid hard-core classes.

In the computer science field, people are being brought into the country every day to work under H-1 Visas. For some reason, Americans are not turning out computer scientists. Other countries are though.

I am not concerned that someone may be in this country illegally and earning low wages by picking fruit. But I have a lot of concern that people from other countries are here legally earning large salaries doing work that Americans are not willing to do.
Posted by Linda Medrano at 2:17 PM No comments: