The Wild Somethings Of Telegraph Hill

A mind is a terrible thing to lose.

Alex and I watched a documentary last year that completely charmed both of us. It was about a man who was sort of down on his luck, but didn't see it that way. This guy had very modest needs and he squatted in a cottage behind a home for a number of years and nobody ever complained.

I think he was a musician, but if so, he made very little money. He lived in the Telegraph Hill area of San Francisco and got his coffee free at a local dive where he read his newspaper every morning. If memory serves, he got basic supplies from a food bank but rather than seeing him as deprived, he seemed to be living a very rich life. This was some amazing storytelling.

The guy developed a relationship with wild birds who lived near him and several of them trusted him enough to move into his cottage with him. He watched them form relationships, have offspring, lose mates, and documented most of what he was seeing. It was amazing to see the affection these birds and this man had for each other.

In a rather lovely turn of events, the man in the film actually married the woman film maker who did the documentary on him.

I went to lunch with my friend Nelson shortly after seeing the film. I was explaining how delightful the man was and how simply and frugally he lived. (Nelson is all about the simple life, but I think he has stock portfolio and a trust fund that make his simple life a little less simple than the guy in the film.)

In any case, Nelson asked me, "What was the name of the film?" and I drew a total blank. It was "The wild somethings of telegraph hill" I responded to him. "Wild Somethings?" he asked. Well, wait, it was the "Wild Pirates", no, that's wrong. I started flapping my arms like a bird at him and said "Wild Pilots". At this point, I was snorting with laughter and nearly falling on the floor. I then offered "Wild Parents of Telegraph Hill", which of course was wrong as well. I choked out "Nelson they are green and some are red! And look at me!" as I flapped my arms even harder to get him to understand.

Nelson looked at me and I know he was embarrassed by my behavior because we were in a restaurant. I kept saying "Wild Pirates!" and then "No! Wild Pilots!" "Wild Parents!" and flapping my arms in frustration and hysteria.

The word "Parrots" would not come no matter how hard I tried. I finally quit trying much to Nelson relief. I had Pilots, Pirates and Parents in my brain and they would not allow Parrots in at that point no matter how hard I tried. I was sort of annoyed that Nelson had been so embarrassed at my theatrics, but I thought he would have guessed what I was trying to say. It should have been obvious enough. 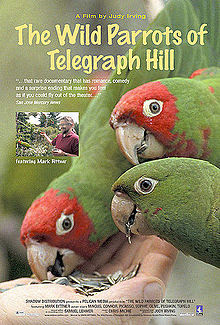 As soon as I got home from lunch, I went in the house and the word "Parrots" came to me immediately. I never told Nelson.

Screw him!
Posted by Linda Medrano at 3:12 PM No comments: 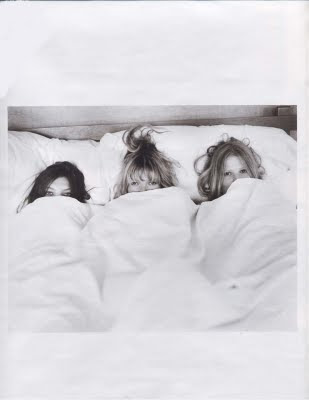 I guess you aren't surprised.

As one of four girls in a family, I spent a lot of time in bed with girls, whether I liked it or not.

By the time I was 12, I had a good friend named Linda and she and I always slept together when we had sleep overs. By the time we were 15 or so, we had discovered her parents diet pills, and we would pop a couple of those at bedtime, enabling us to stay up talking and listening to Top 40 radio almost all night. A side effect of those pills was that we were very skinny. Oh hell, we were skinny before the pills too. It really didn't matter to us. It was just fun to lie in bed and have "one more cigarette and one more song" until 4 AM or so.

We finally took so many of Linda's parents pills that they were looking at us funny, so we quit. We quickly gained back the weight we had lost and still had "sleep overs" but they were now curtailed before midnight when we crashed.

Years later, after I was a married woman of 19, Linda would still come and spend the night. When she did, we banished my husband to the couch so we could re-live our youth together in bed.

It was several years before I slept with another girl. This girl was named Sandy and her dad was an Army General. We spent the night at the Army post and always slept together because the place was scary and seemed a little haunted. I was divorced and had two kids at this point, and Sandy was also a divorcee. We talked but not with the intimacy that existed between my teenage girlfriend, Linda.

Several years later, I spent a drunken New Years Eve at my house where I had a soiree for several of my closest friends, including Cogie and Evan. These girls were from Ireland and I loved them both. I awoke early on New Years Day in bed between two lovely naked Irish lassies. We pulled on clothing, (actually, I just threw on a full length mink coat) and went to the corner store for some "hair of the dog". We came back home and drank beer till about noon when we all decided they should just go home and we should all deal with the upcoming hangover and stop trying to put it off.

When I was almost 40, Natalie (a gorgeous Persian girl) and I drove to Lake Tahoe for weekend. We got a room at one of the hotels that had a round bed, a round over-sized bath in the center of the room, and a mirrored ceiling. The bellboy was more interested in us than most of the hotel clientele. I guess I see his point.

Natalie and I were good friends and it seemed very normal for us to share a bed and even a bath, but if truth be told, we took turns playing "maid" to the person bathing. We would bring the "bather" a glass of juice or champagne, or whatever was desired. Natalie and I went to the spa at the hotel and were astounded at all the naked ladies walking around. She and I both modestly wore bathing suits for the hot tub.

The last girl I slept with was CT, my gay girlfriend. She got very sick at our house after a dinner out. I needed to keep an eye on her so I got in bed with her.

Now, lest you think these are the only girls I have been to bed with, I assure you they are not. But the ones you probably want to hear about, well, you won't hear it from me.
Posted by Linda Medrano at 7:09 PM 1 comment:

The Antique Opium Pipe And Me 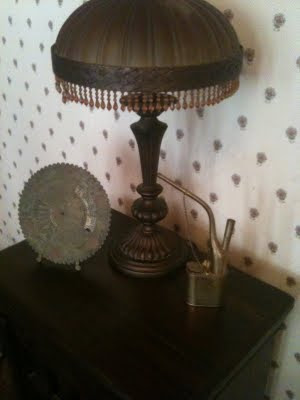 I know a Chinese man named Fred. He is a good friend.

When Fred goes to China, he brings me back some really interesting gifts. A couple of years ago, he brought me an antique opium pipe.

Now I've never had the occasion to use this pipe, but if you happen to have some opium laying around, I would smoke it.

Years ago, I saw a movie called "Indochine" with Catherine Deneuve and I loved it. She smoked opium in the film and it looked like something I would like a lot. I told my doctor I wanted to smoke opium before I died and he laughed. He said he had tried it when he was very young and it made him very sick. I don't think it would make me sick, and I'd take the risk.

Fred also brought me a 100 year Chinese calendar. It's the round piece on the table with the pipe. The other object is a lamp and it's not Chinese or old either. I think we got it from Lamps Plus.

I love getting gifts that are really unique. Still, people give me a lot of things and I feel obligated to keep them even when they are a little on the squirrely side. I finally told Alex yesterday I was going to clear out some of the "clutter" because you can get carried away with clutter.

My mother was a great collector of "pretty things". She at one point had about 30 little objects on top of her toilet tank. Now lest you think she had the "pretties" sitting on the porcelain tank she did not. They were on the toilet tank cover which matched the fluffy blue toilet seat cover.

Mom was never a fastidious housekeeper. These little objects were never dusted or even noticed by her year after year. I think people gave her pretty little things and she couldn't figure out what to do with them so she stuck them on the toilet tank. Bless her heart.

I used to shudder when I would do a little housework for her after she was older and in poor health. I would suggest from time to time that we "ix-nay" (pig-latin for "nix") some of the arty little objects but she wouldn't hear of it.

I woke up after about 5 years and really noticed that religious statue sitting on my toilet tank (not with a fluffy tank cover either) and I was horrified. I took the holy Mary and tossed her. Yeah, I felt guilty, but it had to be done.

Today I went through several rooms in the house and tossed some things that I had received as gifts. They are simply not my taste. And they were pretty much butt ugly things.

Oh, I'm keeping my opium pipe though. You never know.
Posted by Linda Medrano at 2:41 PM No comments: