Amazing Grace Used To Be My Middle Name 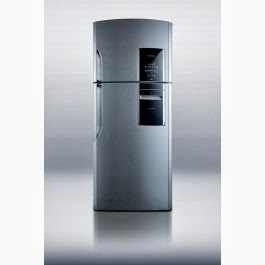 This is a photo of my new Summit refrigerator.  It's pretty sleek.  I like it and I'm very glad it's now gracing my kitchen.

I had some trepidation over this purchase as I did not receive the refrigerator until 25 days after I had ordered and paid for it.

I think having nerve damage in my hand has caused me to have less patience than I used to have.  I was seriously angry over this delay, but then a lot of things have been delayed a bit recently.

I ordered a gorgeous kitchen island from Williams Sonoma.  I got an email yesterday saying the island had been delayed and would not ship until the week of December 2nd.  I was expecting it in mid-October.

My contractor told us last week that he couldn't start work on our projects until October.  We are putting in new granite counter-tops in the kitchen and having it repainted.  I've chosen a lovely paint color called "Chai Latte" for the walls, and "Princess Ivory" for the trim and cabinets.  I'm sick of the avocado walls.  I'm trying to figure out how to get a copper back-splash but I'm not really well versed on what that entails.  Baby steps. 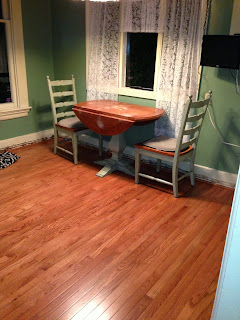 Fortunately, we did get hardwood floors put in the kitchen a couple of weeks ago, but so far, that's the only thing that has happened on time.

We are scheduled to have the exterior of our house painted on October 1st.  (The painting contractor has already told us, that's going to be "put out a bit" because of over-scheduling on his part.)  Uh huh.  Well, what else can go wrong?

Meanwhile, hand is still giving me fits.  I do think the physical therapy thing will help, but I'm beginning to worry that I'll never go back to "normal".  The pain is really strange and it's getting really boring.  I have sharp pains that make me squeal when I move my fingers, sudden itching that feels like my hand is stuck in some poison oak, and hot throbbing.  All that sounds a bit sexy I know, but it's really not.

Maybe I'll start taking those morphine milkshakes after all.
Posted by Linda Medrano at 3:41 PM 31 comments: