An Eye Job, A Nose Job, And A Toe Job 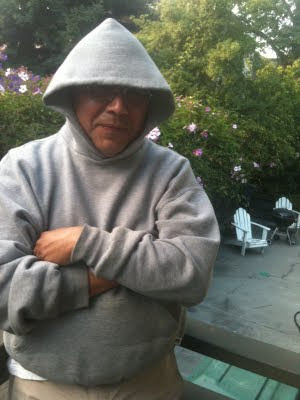 It's been an expensive week.

Alex, my husband, the same hard-looking dude who is in the photo, had something wrong with his eye.

He went on a business trip and silly me told him to go to "urgent care" when he arrived at his destination. He said he was fine. When Alex got home from his trip, his eye was still red. I said "You've got to get that looked at," and he replied "Oh it's a lot better now." Alex left on business trip number two a couple of days later.

By the time Alex got home, his eye was looking bad. He said it was fine, but actually came home a little early from work because it was hurting. This was worrying me. I don't want him fooling around with anything he has two of. That includes eyes, testicles and kidneys, arms, legs and such. Alex is more inclined to think that the only things worth worrying about are the things you only have one of.

I convinced him to go to the doctor the next day. The only problem was, Alex wanted to go to an optician. I was really thinking an ophthalmologist was more in order at this point because he had quite severe pain around his eye. The optician said he had an infection and gave him antibiotic eye drops. One day later, he was still at home and even looking and feeling worse. Again, I said "Call an ophthalmologist." Alex said "Naw. I'll just call the optician." He went back to the optician, a very nice guy, who said "Uh oh. This is not an infection. There is something inflamed in the iris of your eye. You need to see an ophthalmologist." Uh huh. Just like I figured two weeks ago.

Alex went to the MD. He was diagnosed as having "acute Iritis" (pronouced earitis) which can be very serious, in fact, you can lose an eye from it. Never mind, with steroids, other drugs and emergency treatment, he should be fine.

Frankly, for a smart man, my husband can be something of an idiot. 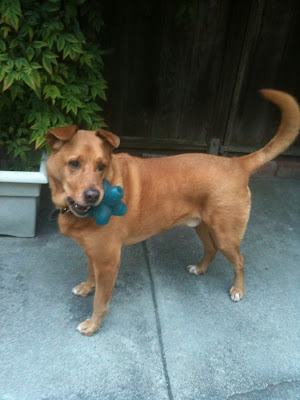 Harry had a little place on his nose. It looked like a mole, but it appeared out of nowhere. We took him to the vet for his regular check up and the vet said "This could be a cancer growth." We decided to have the little growth removed when he got his teeth cleaned last week.

Alex had told the vet that Honey (our other dog) had bitten Harry on the nose, but this looked nothing like a bite. Harry had his teeth cleaned and his little growth removed last week. It is not a cancerous growth. Harry is fine. We take him in tomorrow to get his sutures out. Harry won't like it, but hey! It only costs about $1000 to have peace of mind. Right? 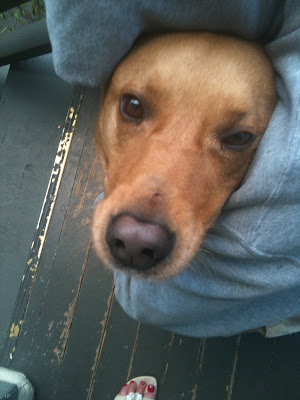 Fortunately, I only get pedicures. If you look closely in the photo, you'll see how pretty my red toenails look and they only cost $25 dollars to look this good. 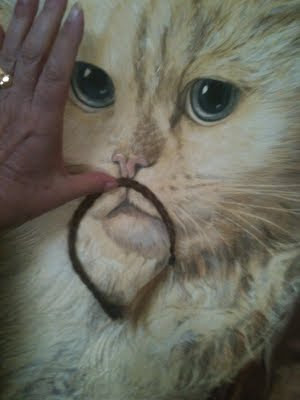 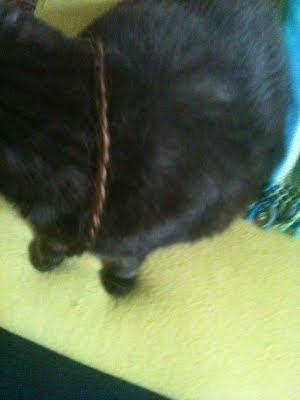 
Posted by Linda Medrano at 3:12 PM No comments: