I met A Man From Africa 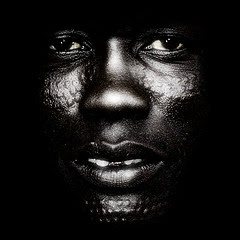 I went to San Francisco today to take my darling Arianna to lunch for her 14th birthday.

On the way, I met a man from Africa. He was a good looking well dressed fellow. This man approached me and requested my help in navigating the BART (Bay Area Rapid Transit) system.

I was very pleased to help him. He was a beautiful man, with very prominent scars on his face. He had a very clipped British accent and told me he was from Britain. He had the pronounced facial scars that said his origins were in West Africa.

He assured me that as kind and beautiful as I was, I must be far from stupid. I love it when that happens!

He went his way and I went mine. Still, for a tiny second, I thought about spending the day with him. Then I realized Arianna would be disappointed. And I took the other escalator.

He went his way and I went mine.
Posted by Linda Medrano at 7:07 PM No comments:

There Are Just So Many Places To Place Blame 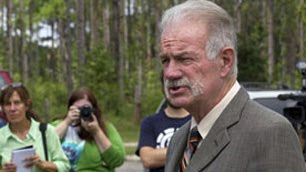 Terry Jones, a pastor at a small church in Florida has changed his mind and canceled "Burn a Quran Day".

Jones had received pleas from everyone including President Obama to cancel this stupid, dangerous, un-American, and insensitive event.

The cancellation was announced this afternoon. Jones says that he reached a deal by exchanging the "Burn A Quran" scheme for ensuring that the proposed New York Islamic Center will be moved completely away from Ground Zero. (Apparently, this is not accurate and no such agreement has been reached.)

Jones has a congregation of about 50 people, which is considered fairly small by church standards. I wondered why CNN was giving this guy Jones "face time" when I turned on the news last week. Watching the interview, it became apparent very quickly that Jones was not a learned man, nor an informed one.

If just the phrase "Book Burning" doesn't conjure up the ugliest images I can imagine, I don't know what does. I have trouble just blaming Jones, who is obviously lacking in intelligence and misguided. The media who turned Jones into a star shares some of the blame for this situation. Taking a non-story like this "mainstream" and international was irresponsible of the media.

There are preachers who are part of the lunatic fringe. They espouse everything from hatred of homosexuals to bombing abortion clinics. But why does the media choose one and not the other to put on camera. I can only assume the media chooses topics that will bring more viewers and ratings. But at what expense?

Frankly, I would prefer that people who spew hatred not be on television. I would let them and their followers self-destruct in privacy and isolation.
Posted by Linda Medrano at 10:51 AM No comments:

The Best Decison He Ever Made 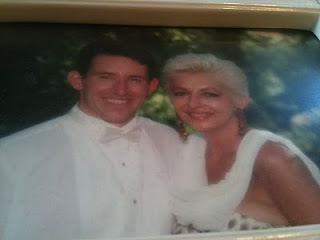 Yes, I did wear a strapless leopard print bustier to my son John's wedding reception.

He married a young woman named Kate. At the time, I think I was hating to lose a son, and not realizing I was gaining a daughter.

In fact, it took me a few years to fully understand that I had gained more than I had lost. John and Kate have given me four of the most perfect and beautiful grandchildren ever. I have Hannah Rose, Emma Rose, Abigail Rose and Aidan Fitzgerald. It really does not get better than that!

Hannah, could leave home tomorrow, at the age of 16, join any army and be a General by the age of 20. Emma is also a stunningly beautiful girl and totally owns my heart. Abbey is a character and I adore her. Aidan is the most sensitive and intelligent little 9 year old boy who ever lived.

Back to my son's bride, Kate. She and I were "estranged" for years. I hated that but blamed her. What nonsense! I suffered from the normal "how could another female replace me!" syndrome.

Life is so much better when you have love in it. Don't waste a moment of time on any other emotion. And they say, a son is a son till he takes a wife, a daughter is a daughter till the end of your life. Don't believe it!

My daughter-in-law, Kate, is the best thing that ever happened to me and my son. I adore her and I'm so glad she's mine!
Posted by Linda Medrano at 6:49 PM No comments:

A Catholic You Were Born

I had the good fortune (or misfortune) to be raised Catholic.

The early indoctrination was a mixed blessing to me. I think I was about 3 when I was baptized. By the age of 7, I was seriously thinking that I might have a calling to be a nun, or a bride of Christ if you prefer.

At the age of 12, I had a confirmation ceremony and I was really hooked. Two years later, I began to think it was pretty much bunk and that I had been sold a bill of goods by the nuns and by my parents.

I made up sins to confess until I was 14. Then I actually had sins and I conveniently exchanged them for other sins when I went to confession. I figured I was covering my bases.

I did the penance for being less than honest, but did not admit to stealing cigarettes from my mother, (in other words, one "Our Father" and 10 "Hail Marys").

A year later, I admitted to "impure thoughts" although the truth was I "proved my love" to a high school romeo and then more or less quit going to church.

I read where the Catholic Church (the Vatican) is trying to save a woman in Iran from being stoned to death for a charge of adultery. In the first place, shoot, if that's the law, that's the law. I'm sorry Girl, but you took your chances and lost. I would have done the same thing.

The Catholic Church seems awfully damned concerned about this woman's punishment. (Why only in Iran? Why not in Saudi Arabia too?) As far as I'm concerned why isn't the Catholic Church telling it's parishes to wrap up in a condom so they don't spread AIDS? Surely that's as important as one woman in Iran.

As long as the Catholic Church is encouraging "no contraception" for it's members, I have to take the whole thing a lot less seriously. We have seriously overpopulated the planet. Is that less a sin than using a rubber?

Sorry, but bullshit is bullshit!
Posted by Linda Medrano at 8:45 PM No comments: