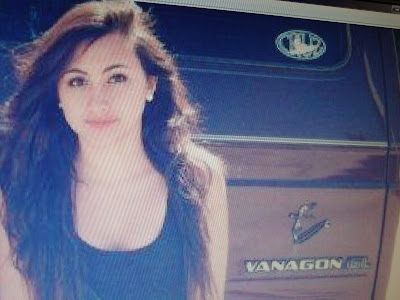 With her waist length hair and tiny stature, dressing Arianna is like dressing a Barbie doll come to life.

School starts next week for Ari.  In two weeks she will turn 16.  Rather than trying to find her a "present" for her birthday, I decided to take Ari shopping for back to school clothing.

Ari wears a size 0 or a size 2, depending on the cut of the clothing.  Our first stop was to a shop that carries rather high end designer labels.

We found one Nicole Miller black cocktail dress in a size zero that looked like it would have potential.  Arianna tried it on with a pair of 4 inch black stiletto pumps.  When she walked out of the dressing room, the customers and sales staff all came to a collective halt and gasped.  Ari looked like a live Barbie doll!  She put her hands on her hips and posed a bit much to the delight of the people in the store.

Arianna went back into the fitting room and came out with the dress on the hanger as I was searching for my credit card.  I said, "Let's get this!  It's perfect!" and Ari shook her head.  She asked the saleswoman if she could hold the dress for a couple of hours while we looked around.  I was stunned.  As we walked out of the store, Arianna said "Grandma, I loved that dress.  But I don't need that dress.  I need school clothes."  Humph!  I thought we would get the dress and school clothes but Ari thought that would be wasteful.  (I suppose she did not inherit all of my genes.)

We went to a couple of boutique stores and I was amazed at how good everything looked on her.  The skinny jeans, the high waisted shorts, the tops, the dresses.  Ari has amazingly good taste for herself, and there were only a couple of instances when I said "Naw!" and that was because the clothing didn't fit perfectly.  (If it's a simple matter of hemline, something can be easily shortened, but remaking a dress to fit is a much more complicated and expensive process, plus you sometimes get an outcome that you really are not delighted with.)

Because Ari is so petite, (a mere 5'2" and about 108 pounds), she keeps her clothing simple.  It seems intuitive to her not to overwhelm herself with too dramatic clothing.  I wish I had such good fashion sense!  Arianna was delighted with her purchases and looked magnificent in each and every one of the things we bought.  She did a little fashion show for her parents last evening when they came to pick her up and they were delighted with her choices as well.

Damn it!  I still want to go back and get that little Nicole Miller dress for her!
Posted by Linda Medrano at 11:51 AM No comments: 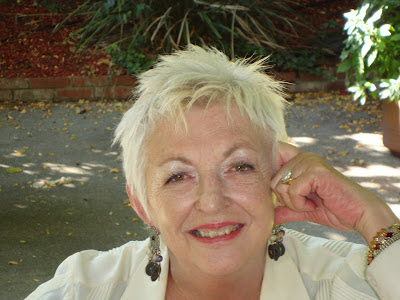 From now on if a person in law enforcement even asks me what time it is, I'm going to request that he or she  refer that question to my lawyer.
Posted by Linda Medrano at 4:26 PM No comments: