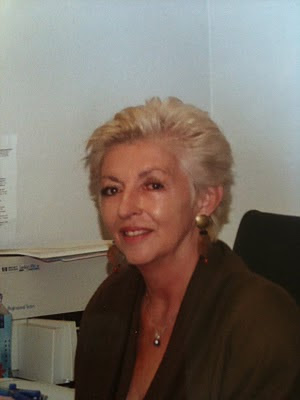 I got up at an ungodly hour, drank coffee, and got ready for work. When I wasn't working, I was thinking about work.

What on earth was the point of that? Oh, wait! The same thing that I think they will put on my tombstone: She Needed The Money.

I went to work two weeks following my high school graduation. (I had worked part-time gigs in high school, but it was now time for the big leagues.) I was hired by an insurance company and it was an amazing job. I got to sort mail and push a cart down long dark hallways and deliver the mail to different offices. The office was located in San Francisco's financial district. It was really fun, challenging and great for the first week, then I got the cart and my hand stuck somehow in an elevator door. I went home early because of my bruised hand.

I never went back. I decided I would rather face death by firing squad. Bad enough, I had to tell my mother. My decision didn't please her at all. (In our family, you graduated from high school and you were on your own. Oh, you could live at home, but, you worked and you paid rent too.) I was 17, but by today's standards, I might as well have been 27. I was grown with responsibilities. I quickly got another job and this one was more to my liking.

I worked for the Emporium Capwell Department store and I sold first fine china and then housewares. This was a fun place to work. There was a really cute store detective named Ed and he was pretty old but I sort of liked him. Ed was probably 25 or so and when he asked me out, I was thrilled. He took me to dinner and bought me two martinis. When Ed took me home after a couple of hours at his place to look at his etchings, (I mean examine his gun), he nearly had a heart attack when I told him I wouldn't be 18 for another 4 months. Sheesh!

Ed more or less avoided me for the next 3 months. Right before I turned 18, I got another job at different insurance company office. This time I was a file clerk. (I know, it really pays to aim high.) We worked on Worker's Comp stuff and it was actually pretty interesting. Plus, unlike the first insurance firm where the average age for employees was about 60, everyone at this place was young! I met and moved in with some girls from the office who were looking for another housemate.

I celebrated my 18th birthday living in a downtown apartment with 3 other girls. We worked hard all week and went to parties on weekends. The only challenging part was not starving to death. Life was good!

I met my first husband at my next job. We married right after I turned 19. We got a really nice apartment and I found a job at Sears selling linoleum flooring. Uh, yeah, that was a problem for me because I can't do math, plus, I didn't know the first thing about flooring. I worked there for two months and didn't make a sale at all. I was bored and found another exciting job as an instructor in a health club. I also took in ironing for extra money. I probably would have gotten a paper route too if I had thought of it.

Frequently, I've done these things concurrently while going to college at night and working full time while raising my two children as a mostly single parent.

I think it was probably all very hard, but it was also very good. I've seen most of the US on various business trips and met a lot of really fascinating people.

If push comes to shove, I am very adept at supporting myself and that's a good thing.
Posted by Linda Medrano at 3:59 PM No comments: 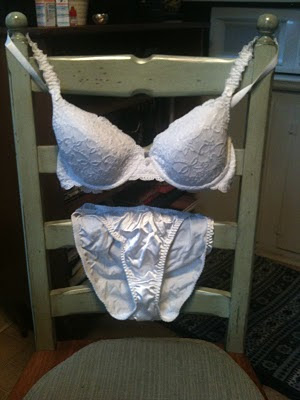 Have you ever noticed?

When you sit around looking cute, good things happen. You get out of the bubble bath and go and put on something cute. You are inspired to put on a touch of make up, maybe some beefed up eyebrows, a little shadow, a touch of concealer for those pesky shadows under your eyes, mascara (of course) and a touch of lipstick! You also put on just a touch of perfume, and lotion your legs and arms. You also fluff up your curls, or in my case, I fluff up my semi-crew cut with a little goop. 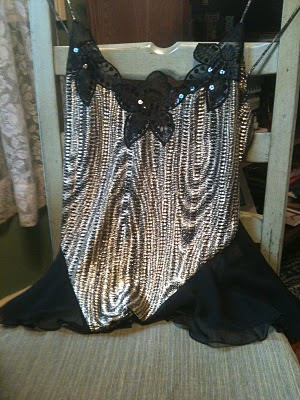 Sure as shooting a friend will call, a stranger will knock at the door, or the house will suddenly smell like smoke so you will have to call those cute firemen. (Yes, you grab your pretty robe first if someone is going to see you.)

Maybe it's the old girl scout (or boy scout) motto of "Be Prepared" that's at work here. Since I was never a girl scout, or a boy scout either for that matter, I'm not sure.

There's another side to this post. Somedays you just don't care one way or the other. You wake up and think about taking a bath and getting dressed and then you think "Naw." You turn on the television and you sit around looking totally dorky all day. 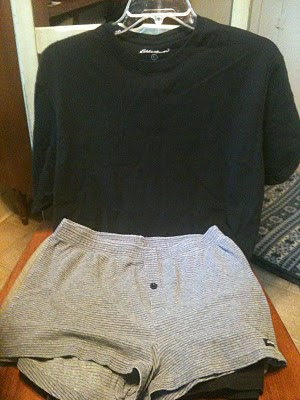 You don't bother even washing the night goo off of yourself. You sit in front of the television with your ashy legs and arms and don't care. There won't be any calls unless the are from the IRS or Franchise Tax Board.

If someone comes to the front door, it'll be somebody political looking for money for their "cause", and they will even look worse than you do. If the house smells like smoke you will trudge from room to room with your extinguisher in hand because you would rather burn to death than let those cute firemen see you in that ratty dog hair covered black tee and your husband's shrunken and probably none too clean boxers, with night goo all over you.