How Did You Know? 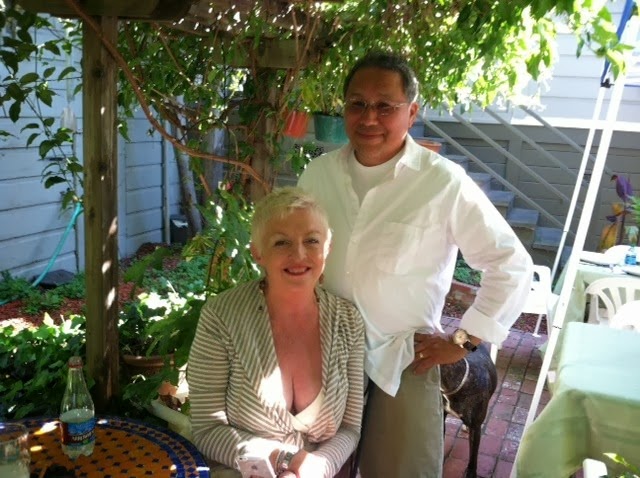 "I always know.", I responded.  And that is the truth.

When I'm being lied to, I always know.  It is a blessing and a curse.  There may be a physical "tell" that I pick up on without even realizing it.

A boyfriend lied about who he was having lunch with.  I caught him in the act of taking a new secretary to "our" favorite restaurant.

My husband lied about where he got the new stereo.  I found the receipt.  (Why Alex thinks I would be happier with "it fell off the back of a truck" than "I bought it", I'll never know.)

There are times that people close to me have told me lies and I want to pretend even to myself that they aren't lying.  Of course, I know that they are.  In most cases, it's just silly lies, but I can always tell.


I think I would have made a good cop.

This is the next to last day I'm participating in the "We Work For Cheese" 28 days of writing.  I may have missed a couple of days, but I'm not sure and I'm not lying either.
Posted by Linda Medrano at 2:08 PM 32 comments:

I've been naked.  I've been lost.  But I've never been naked and lost.

This is my contribution to the almost last day of "We Work For Cheese" and their 28 day writing competition.  It's weak, but the other contributors have some strong essays so check them out.
Posted by Linda Medrano at 5:11 PM 30 comments:

And Then She Said... And then she said, "I'd like to tell you a story."

Isn't there always that one person?  The person who you think about unbidden over the years.

I haven't seen him for over 40 years, but sometimes I wake up in the morning and feel like he just left me.

I met him when I was young.  The first time I saw him, I knew I was in love.  Drastically, fatally, forever and ever in love.

Of course, I know now that kind of love is more mental illness than anything else.  Still, my blood would zing through my veins when I heard his voice on the other end of the telephone.  He was handsome, witty, charming and a surgical intern at the hospital where I was undergoing a surgical procedure.  He has a slow southern accent and very gentle hands.  I knew that what I felt for him was not what he felt for me.

We somehow managed to be an item of sorts for about 3 or 4 years.  When it ended because he met someone he fell in love with, it hurt.  Over the years, I have gone over and over what I could have done differently to have made him love me.  Hah!  The truth is, there's nothing you can do or not do to make anyone else love you.  Either they do or they don't.

As a recently divorced 24 year old woman with two children and a shaky future plan, I guess I romanticized being married to this handsome young doctor.  Life would be so grand!

The last time I saw him, he was parking his car in the neighborhood where I lived.  I had both kids with me and my heart lurched when I saw him.  I waved hello, and watched as he helped a lovely young woman out of his car.  She smiled at me too.  I kept walking.

Yes, I've looked him up on the internet.  Of course I have.  I learned that he moved to a small mountain town near the Nevada border and was a practicing surgeon there.  Maybe a couple of times I year, I would "Google" his name.  Today, I did it for the last time.

It seems he has had his license to practice medicine revoked.  He was charged with 6 counts of "gross negligence" and lost his career.  Of course, he's in his early 70's now, so I suppose that's not really a huge surprise.

Still, I can't help but feel a real sense of closure over him.  I'm glad I'm not married to that grossly negligent asshole.

If you go to "We Work For Cheese", you can see what other people talk about with a prompt of "And Then She Said".
Posted by Linda Medrano at 4:47 PM 26 comments:

Things That Make Me Go "Hmmm" I know we all like figuring skating, but does it really belong in the Olympics as a sport?

The girls are all pretty.  They all skate pretty well and wear charming skimpy costumes.  But is this the same as being an Olympic athlete?

It seems to me that almost every time, somebody gets their nose out of joint over who wins a medal for figure skating.  The judging seems to be purely subjective.

If a race occurs, the one who wins is the one who crosses the finish line first.  With figure skating, it seems that their hair, their costume, their grace, and their make up application all get judged along with their triple axels.

Plus, in all of the other Olympic events, the winners win, the losers are good natured about it, and everybody seems okay with the outcomes.  Even if one of the judges was partial to a gorgeous Canadian hockey player, nobody really thinks that the Canadians Gold Medal win should be overturned and given to the USA team.

In figure skating, there is a whole lot of whining about the fairness or unfairness of the competition.  Let's just let the figure skaters do their own thing on the world stage and make it like a beauty pageant, "dancing with the stars", and "project runway" costume design combination show.

I actually forget what the prompt was for this post.  Sorry if I did it wrong.  But you can always go see "We Work For Cheese" for people better at following directions than I am.
Posted by Linda Medrano at 2:44 PM 35 comments: