The Women With Flying Earrings 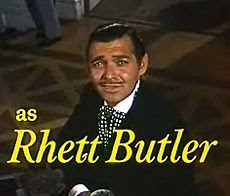 My mother Sheila left her home in Oklahoma City when she was 16 years old to tour the US and Canada with a dance troupe. She made it to Los Angeles by her 18th birthday and soon thereafter was told that she had to have surgery to have her tonsils removed because of recurring throat problems.

Mom went to what was then called "Cedars of Lebanon" Hospital for her pre-surgery visit to get lab work done. She got on the elevator at the hospital and pressed the button for her floor. The elevator made one stop before she arrived at her floor and a man got on who looked familiar. It was Clark Gable. Sheila gasped and her earrings flew right off her ears and landed on the elevator floor. She retrieved one, and Mr. Gable retrieved the other earring.

Mom said that she thank him and he said "you're welcome" to her. Mom was under contract to MGM Studios and had chorus line roles in a number of films at the time. She was used to meeting celebrities, but seeing Clark Gable was the only time her earrings flew off her ears.

When my daughter Sheila was in high school, she was spending time with her dad in Marin County over the summer one year. Sheila and a friend were riding their bikes when they noticed a roped off area at a nearby park and they rode closer to see what was going on. There was apparently a film being made so they pulled up a little closer to watch. At that moment, Roger Moore walked onto the roped off set. Sheila's silver earrings flew off her ears when he looked directly into her eyes. She said Roger Moore had the bluest eyes she had ever seen. I don't know if she picked up the earrings or not.

I was in Carmel with a boyfriend in 1980. We were having a drink before lunch at a spot called “The Hog's Breath Inn”. A tall, very slender man walked past our table. I recognized him as someone I knew and I said “Oh hello there!”. The man smiled at me and replied “hello” and kept walking. All at once I realized it was Clint Eastwood. My earrings flew off of my ears the second I realized who this man was. One of them actually landed on the table next to ours. I don't know or care where the other one went.

I think maybe it runs in the family.
Posted by Linda Medrano at 4:02 PM