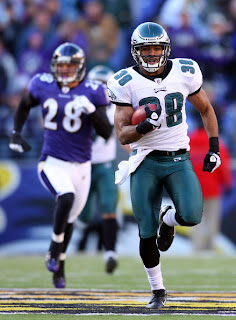 This is article was contributed by the noted Navajo scout and guide, Alex Manydogs.


In the summer of 2001, I was being sent to Prince Sultan Air Base, Saudi Arabia. At the time, I was attached to an Air National Guard Combat Communication squadron and was part of group that supported the “no-fly” zone aka Operation Southern Watch. The trip from home in Alameda, CA to Saudi involved a one night stay over in Baltimore.

Normally, if you have a flight out of Baltimore Washington International (BWI), you stay locally so as to not miss that all important military flight (missing your scheduled military flight will definitely cost you a stripe). Therefore, all military folks do the right thing and stay close to airport.

During my short stay, I wanted to make my way down to the Baltimore downtown area and have seafood for lunch. So, I tried to enlist other folks in my team go with me but they had rented a car and were heading to Washington DC. There was one lonely guy in the hotel lobby who didn’t have plans.

He was an active duty Air Force guy from Columbus Ohio named Jessie. He introduced himself as a Christian and told me that he was flying to Saudi Arabia for a short 3 month deployment. That’s cool, I’m Alex and I’m Pagan. Would you like to head into town and get lunch? He said that he would and asked how would we get there. I said that we would take the train. It’s cheap and shouldn’t take us too long. He agreed and we were on our way.

What I didn’t know is that the train from BWI to downtown Baltimore proper takes you through some of the hardest neighborhoods in Baltimore. And of course, a lot of the locals use the train to get to work.

Well, Jessie and I made our way to the train station and boarded the train that heads to downtown Baltimore. When we got aboard, we were the only two passengers. I’m talking to Jessie about home and family and he is doing the same. As we hit the first stop, 3 men get aboard. These dudes were hard looking but I can tell they were just working stiffs making their way to work. Jessie started to go quiet. His body language changed and started to look a bit worried. I continued to tell him about home and his responses were much shorter and volume much lower.

As we rode through a neighborhood called "Linthicum Heights", the train really started to fill up. Most (if not all) were African Americans and some looked pretty “hard”. We had guys in front of us, in back and our one side. No one spoke except me (and in a lower volume). The new passengers didn’t appear friendly. My new friend Jessie was getting extremely worried. He stopped talking. His face turned red and looked away as to not face any of the new passengers. I saw this as sign that things might turn sour. I did do a quick survey of the other passengers and they appeared to be talking to each about us. I wasn’t absolutely sure but it seemed that way.

Bottom line is, if we stayed on, death was likely. If we got off, we definitely would be dead because we were making our way through some tough neighborhoods.

So, I said to Jessie, “Do you know that Baltimore has one of the best NFL teams in the league? Shit these guys stomped on the New York Giants during the Super Bowl. They are simply awesome. And, they have an awesome stadium and an awesome fan base. People here love their Ravens”.

Jessie whispered an acknowledgment. I went on to say how awesome it was to watch the Raven defense get sacks and turnovers. Well I noticed that a few “ears” went up and expressions change. Then, one guy at front of the train says, “And did you see that one play where Duane Starks intercepted that ball and returned for a touchdown. Shit, we had Kerry Collins’ number”. And another guy said, “Shit, man that wasn’t the baddest play, it was the one where Jermaine Lewis returned the kickoff, that’s what got us started!!!”

Before too long the whole train was talking about the Ravens. Lots of laughs and memories of a kick-ass Super Bowl where the Ravens stuck it to the New York Giants and took XXXV championship.

As were making our way to our final destination, one of the passengers says, “Where you from?” I have a rule, if I need to look hard, I say Oakland!!! (with emphasis I might add). If I need to appear sophisticated, I say San Francisco. Well this was one of those moments. I said, “Oakland”. The guy says, “Oakland is my second favorite city and so are the Raiders. Where are you guys going anyhow?” I said were in search of that wonderful Baltimore seafood. Well we had 20 plus Baltimore visitor consultants all debating their favorite seafood restaurant (some of which they just heard of but never been to).

As we exited the train, hands were shaken, pats on the back and instructions on how to get to our destination and above all, places to avoid (else, you might end up dead, robbed or raped and not in order either).

We enjoyed our lunch and toasted our beers to the Baltimore Ravens.