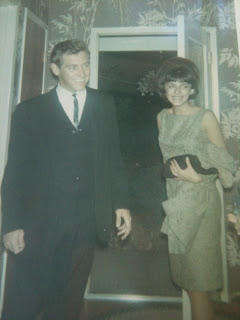 My favorite ex-husband's name was John. He's dead now, but he's still the best of any of my other ex-husbands.

I married John when I was 19 and he was 24. He was in sales and had a lot of personality. John was cute too.

He had just finished serving in the Army in Germany for 4 years when I met him. I thought he was smart and I decided he would be a good husband for me. When he proposed I said "Yes!"

I was a stay-at-home wife for a while and I made friends with the milkman, a cop who worked nights, and a stripper lady who lived in our apartment complex. My husband did not particularly like my new friends. John worked long hours and he was very successful. I was pretty bored except for reading romance novels and talking on the phone.

After a year of marriage, I got pregnant and we had a son when I turned 21. After having the baby, I wasn't really very interested in my husband any more. But, despite my lack of interest, we had another baby, a girl, three years later.

It did not worry me that I would be a single mother to two kids; I knew it would be easier than the wife thing. (I was too young and stupid to know it was hard.)

John met and married a lovely woman a couple of years later. I was very pleased to see him with someone who was obviously so right for him. They were very happy together and adopted a baby boy. We used to spend holidays together as a family when the kids were young. It was nice.

I was very sorry when John got cancer. I did everything I could to support him and his wife until he died. Honestly, he was about the best ex husband a woman could hope for.
Posted by Linda Medrano at 3:44 PM