In Praise of Boyish Women 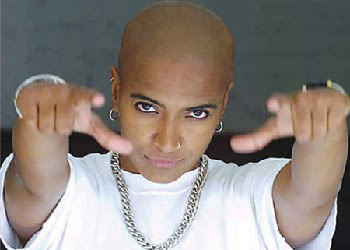 The first one I actually got to know was a girl I met when I was about 12 and at a CYO Summer Camp. I probably fell in love with her at least a bit. She was a counselor and a little older, maybe 18. I really wanted to be just like her.

Of course, at that age, I didn't know she was a gay woman. I just thought she had a certain swagger and a certain confidence that made me want to follow her anywhere.

I met Lynne when I was working at Chevron and in my 20's. She was the first woman I had ever known who was "out" as a gay woman. I seriously liked her and took her for drinks and dinner several times.

Lynne liked me but told me she was hesitant to get involved with a straight woman. (I had been married and had children at this point.) I don't know if I was attracted to Lynne sexually or not, but she was very "boyish" and I found that appealing on several levels. Again, it was a thing with "confidence" that she exuded.

My best friend is CT. She's a gay woman and very boyish. I adore her. The thing is, when you find a great gay woman, she's really the best of all worlds. You hear the word "butch" thrown around and while it can be descriptive in a way, in a way it really isn't. Gay women can be ultra feminine, or very boyish, or anything in between. "Butch", to me, is a word used generally to put somebody down. So I really don't use it.

I do have a preference for the more "boyish" looking and acting gay women though. Just on a personal level, a woman with a silver crew cut, and bright blue eyes, wearing her police uniform with a little swagger, Wow! And yes, this woman cop works in my town.

Well let's just say, I'd let her frisk me anytime.
Posted by Linda Medrano at 5:47 PM