Domestic Violence: The Tale of a Tail and a Leg 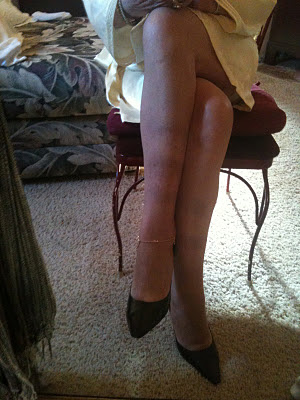 I hate going to the doctor.

I love my doctor; he's a great guy. But I have a feeling he is going to ask me about the excessive bruising on my legs.

Since he's an open-minded man, I could probably intrigue him with tales of kinky sex and whips and chocolate.

The truth is not nearly as exciting. It's all about a dog. Zoe, my little Whippet/Pit Bull mix has a very long tail. She is also a very happy girl who swings that tail like a whip whenever she is glad to see you. I've heard the screams of "ouch" from the vet technicians when they take her back to give her a vaccination.

My darling cleaning woman, Maria, has stopped wearing her nice dresses when she comes to work at my house. Instead, Maria sticks to heavy duty jeans now with leggings under them. She's a smart woman.

When we first got Zoe, she actually hit the wall so hard with her tail that she cracked it and sent up blood spray making the house look like a place that Dexter would feel right at home. I actually hope that nobody ever accuses us of being serial killers because the trace blood from Zoe's tail is everywhere even after a thorough cleaning.

My vet suggested we have the tail amputated. That seemed very harsh to me. And I'm glad we didn't do it. It would be like amputating her smile. And the good news is she has slowed down a bit.

Zoe no longer whips her tail against furniture or walls. She now concentrates on shins. I'm sure that feels a lot better to her than the hard walls.

And I have the bruise striped legs to prove it.
Posted by Linda Medrano at 1:00 PM