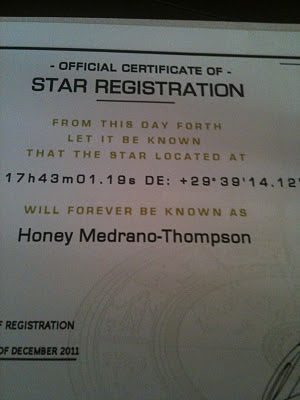 Wherever Honey's star came from, thank you from the bottom of my heart.
Posted by Linda Medrano at 2:46 PM