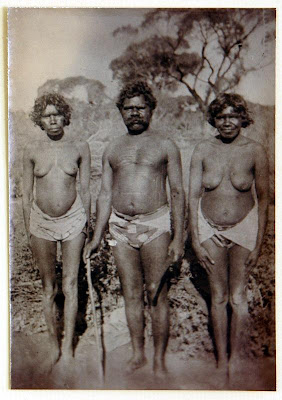 My friend Mike asked me to lunch.

I said "sure" and waited for him in the company lobby. I assumed our friend John would come too. I was wrong.

It seemed weird to me that Mike wanted to have lunch with me alone, since he, John, and I had been long time friends and something of a "Three Musketeers" act at the company where we all worked. None the less, I accompanied Mike to a very nice local restaurant. (This also seemed weird to me because we generally went to dives that were cheap but had good food.)

I remember ordering a crab salad and Mike encouraged me to also have a glass of white wine. Once our lunch had arrived, and we were chatting comfortably, Mike said "I really would like to go to bed with you." I nearly choked and almost fell off my chair.

I was divorced and in my late 20's at the time, but not at all used to having a friend make such a blunt proclamation. Oddly, it took me a moment to respond. Mike had gotten married just a few months before this lunch. I tried to find the right words that would reject his proposition and yet be polite enough to keep our friendship intact. "Mike, you just got married. It would really be wrong to get involved with someone who was married. It's just not for me. I am flattered though, so thank you."

Mike responded that he and his new wife had an "open marriage". He did not have to explain this concept to me. It was something I had encountered before. Mike was a very attractive and smart man. I had considered him a friend. I guessed he had considered me as a potential bed-mate. Whatever. Even if it was fine with Mike and his wife, it was not fine with me. No harm, no foul. But we were never really friends again after that lunch.

Years earlier, I had dated a man who was also dating another woman at the same time. Out of the blue, the other woman called me and wanted to meet me. She wanted to figure out a way we could all form a 3-way relationship. While friends of mine said they admired her being so forthright over this situation, I didn't feel that way. I thought it sounded tawdry and repulsive to "share" a romantic relationship with a third party.

I have a woman friend who has been involved with a man in an open relationship for over 20 years. It started out with my friend, another woman, and a man. Over the years, the man decided that the two women he lived with were not enough and he is now seeing other people too. My friend bemoans that she is miserable with this situation, but doesn't want to leave the beautiful house she shares with the two other parties. Still, she drinks like a fish and ends up crying every time we are together. She's not in a happy place, no matter how great the architecture is of this wonderful house.

Maybe if Brad and Angelina ask me, I might reconsider, but I doubt it. I'm not really making a judgment on people who think this is a fine arrangement. Maybe for them it is. I'm just a selfish bitch and I don't like to share.