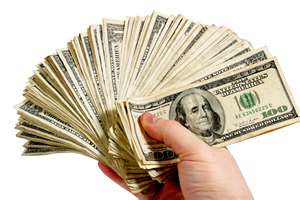 These are hard times in America.

Are people "playing politics" to keep the Job's Numbers bad until after the Presidential election?  Would there be a point to doing that?  Would politicians actually hurt their own constituents just to make a political point?  I really don't know the answer to that question.

Maybe private companies are just afraid to hire new employees.  Maybe business is just slow across the board.  If the American economy is in such bad shape, I do have a question.  How is it possible that the Romney Presidential Campaign raised $100 Million Dollars in the month of June alone?  That is a staggering amount of money to raise in a bad economy.  It is much more than anybody donates to cancer research.  It is much more than anybody donates to their church.  It is a mind boggling amount of money to donate to a Presidential Campaign in the course of one month.

Who are these people making such outrageously large contributions?  Oh wait, it's not individual contributors in a lot of cases. It's corporations and special interests groups.  We are being bombarded with ads promoting various "energy" schemes and hearing a lot about a proposed pipeline to bring oil down from the far north.  (Whether this is at huge environmental detriment is not a consideration.)

If these corporations and special interest groups put that money into helping to protect the environment and/or grow the economy, it seems to me it would have some amazing results.

I really hope this does not turn into a country where the candidate who can afford the most ads on television wins the election.  Seems that might not be in our best interests.
Posted by Linda Medrano at 3:19 PM