This Is So Not My Happy Face! 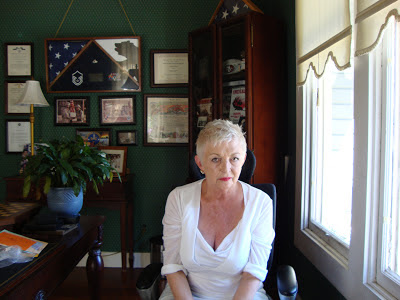 You do not want to see this expression on my face.

What follows can be really ugly.  I don't "lose it" very often, but when I do, it is far from pretty.

Even my dog, Crazy Zoe, knows to cower if she sees me giving her this face.  She instantly drops to the ground and quivers.

See that solemn expression can turn ugly in a heart beat.  When it turns ugly, man and beast better grab their shit and run.  You can generally tell I'm not happy when my lip starts to curl up and my eyes get hinky. 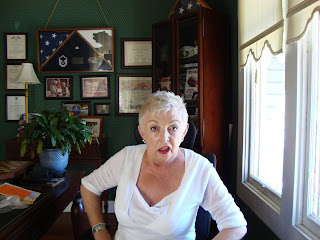 On Sunday night, we took Ziva and M back to their hotel in San Francisco after dinner.  I had pushed a large bag of plums into their hands as they were leaving our house.  In San Francisco, Alex parked in front of their hotel and we all got out of the car to say our goodbyes.

I was hugging Ziva and on the verge of tears because she was leaving.  A big stoned and dirty homeless man was bothering Alex and M.  I saw Alex put some change in his cup.  The homeless guy was being obnoxious and telling M to "Give me some of them plums."  I really didn't want that man to touch any of us or our belongings.  I took the bag of plums from M, opened it, and took out one plum.  I gave it to the homeless man who immediately shouted "Naw, I want two plums."

A slight explosion went off in my head.  I was going to cause great bodily harm to this belligerent son of a bitch if he didn't get the hell away from us right that moment.  I saw Alex get really tense out of the corner of my eye.  I saw Ziva look a little nervous too.  I was ready to go all  ghetto on this man.  I was within two seconds of taking off my stiletto and shoving the heel up the guy's ass.

San Francisco has more than its share of homeless.  Most of the people are polite in their requests for some help.  I usually dig in my purse for change or for a dollar.  I have given a lot of money to homeless people over the years.  Sometimes I smile vaguely and say "sorry" as I walk on past.  Most of the homeless population are polite even if I don't "help them out".  They tell me to have a nice day or say "God bless you." and as far as I'm concerned, that's fine.

But having some angry jacked up mofo trying to scare and intimidate young visitors sent me into a rage.  I shook with anger half the way home.  I'm very glad I didn't have some kind of a weapon because I would have sprayed pepper spray in that dude's face so fast it would have made his head spin.

I love San Francisco.  I hate seeing people foul the City's image and reputation.  If this was an isolated case it wouldn't have made me so angry, but it happens all the time.  The City needs to take a close look at how detrimental the "tolerant" policy can be when it comes to aggressive panhandlers.

Fortunately, the homeless man was not so far gone that he ignored the warning I gave him.  He moved on.  Good thing too.  I was ready to puncture him with my stiletto shoe.
Posted by Linda Medrano at 10:10 AM