Inception, A Review of the Movie 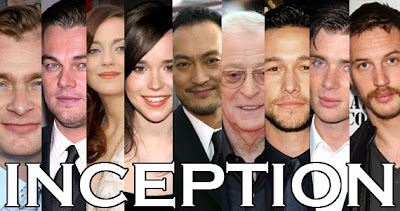 Review: I didn't get it.

I have friends who have told me this is the best thing they have seen in a long time. The critics seem to like it or even love it in some cases. I sat for what seemed like 9 hours suffering from acute boredom, stuck butt-itis, restless leg syndrome, and the beginnings of a headache.

I have seen films I disliked more than this one, but not many of them because usually I turn off the straight to DVD stuff (like any movie starring Jessica Simpson). In this case, I had some expectations. Why do I do that?

Despite a good cast, the phrase "who's on first" kept coming to mind. And the ending does not tie any of it up for me. So for those of you who love it, now you know the truth that I am shallow and dumb and didn't understand the theme of the film at all. I really don't care.

After 9 hours, it ends. I'm not really sure how long the movie lasted, but I think it was very very long. And very very stupid.

End of Review.
Posted by Linda Medrano at 12:26 PM