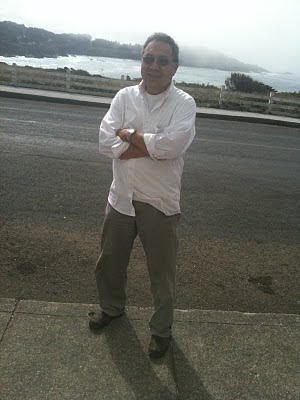 My husband Alex is about the most "plugged in" person I have ever known. He had cell phones and pagers when I met him, and that was before most people had all that "stuff".

Alex babbles on a lot about things like band width. I stick my fingers in my ears so I don't have to listen to him. I have no idea what he talks about most of the time.

He's also had blackberries, laptops, including a mini-laptop that weighed about 3 pounds, as well as two computer stations in the house and a complete network of about 5 computers down in the man cave. 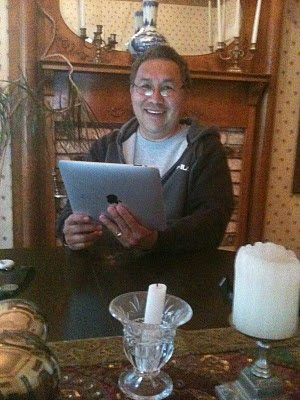 He gives his old things away as soon as the new thing comes out. We had a geek friend over yesterday to watch the Giants baseball game. Alex was showing our friend his iPad and all of its features. Uh huh. Then he told our friend, "Dude, as soon as the new one comes out, I'll give this one to you."

The iPad was my gift to him for our anniversary last Wednesday. He's already planning to give it away? And what is it about the iPad that is so great anyway? It looks just like the iPhone but bigger.

I have watched "Aliens", "Aliens vs Predator", "The Fifth Element", "Terminator 1 2 and 3", "Invasion of the Body Snatchers", "Blade Runner", a bunch of Ron Zombie movies, "The Hills Have Eyes", "Wrong Turn", "Dawn of the Dead". Horror and ooze just delights Alex. Me, not so much.

It's not that these movies scare me. I just think they are dumb. But then I also think it's dumb of me to go buy something and spend a lot of money on it when I don't even know or want to know what it is in the first place, since it's just going to be given away anyway.
Posted by Linda Medrano at 2:00 PM