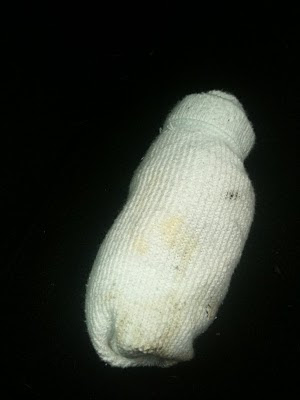 We did manage to toss the socks in a garbage can, or rather Alex managed to. I didn't want to touch those socks without a hazmat suit. He just picked them up with a piece of paper. I hope he didn't "catch" anything.
Posted by Linda Medrano at 4:13 PM