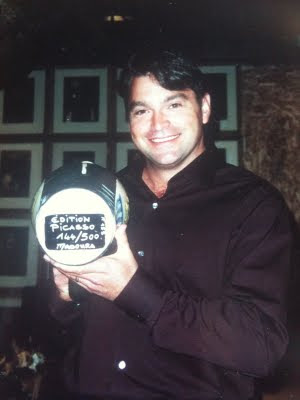 Two months before his 42nd birthday, Michael crashed his car into a tree on his way home after an evening out with friends. They think he died instantly and it seems alcohol may have been involved. He died early in the morning hours of February 17, 2008. The world has seemed a little dimmer to me after his passing.
Posted by Linda Medrano at 2:26 PM