Making Do and Making Out 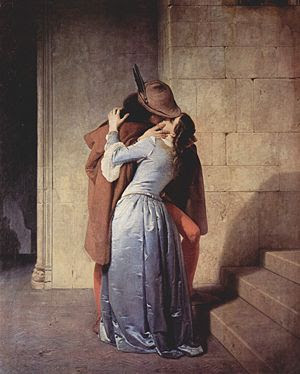 Making do is what happens after you are married.

Making out is what you do when you are not married.

The first time I made out I think I was 14 and I certainly liked it. In fact, I liked it enough that I primarily thought about making out during all my waking hours for the next few years. (Okay, yeah, it was longer than that.)

When I was 15, I made the terrible mistake of "going all the way" with my boyfriend who assured me he would love me forever. I was somewhat upset when the next day he not only broke up with me, but told all his friends I had put out for him. The bad news was my reputation was shot. The good news is I always had a prom date. Of course, I continued to "make out" with a lot of boys, but I didn't climb back on the horse if you get my drift.

After my semi-revirgination, I met my future husband. He and I made out in cars, in swimming pools, in churches, in hallways, in my mother's house, in his mother's house and I thought I had found the perfect mate for me, particularly after he told me he wanted to marry me. I was 19 and surely ready for marriage.

We married. Guess what? The make out thing was over. Now it was sex. Just sex. None of the really fun stuff. Sex and more sex and more sex. What happened to all that make out stuff? It was over. Duh!

We got divorced in due time, (well, after two adorable and perfectly formed offspring), and I happily went back to my old ways of making out with guys. Everything was hunky dory for a while, until I got married again. Okay, I don't need to tell you what happened (or didn't happen) because you already know.

Men / boys / whatever all love to make out when they aren't married to you. Once they are married, that changes immediately. I just don't really understand why.

So I guess we just make do, huh?
Posted by Linda Medrano at 1:47 PM