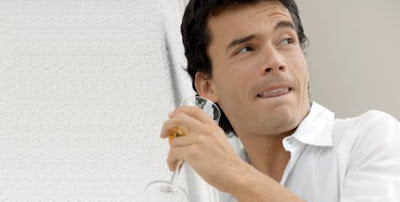 There was one "boyfriend" I should have left in the bin. His name was Arturo and he seemed fine, at first anyway.

He was not a big guy, just about 5'8" tall and he was nice enough looking. We dated on and off over a period of about 5 years although I never considered it a serious relationship. Arturo was a psychologist and a few years older than I.

It never occurred to me that he was taking our relationship very seriously. Arturo knew I dated other men. He frequently volunteered to watch my kids while I went out on dates. He also insisted on giving me a credit card of his (and making me a co-signer). Arturo would make plans to take the kids somewhere great almost every weekend. How could I say no?

What a nice guy, huh? Well, maybe not. Slowly, over time, he began spending more and more time at my place, until the point came that he had just about moved in. I wasn't comfortable with this closer relationship, because Arturo was beginning to creep me out. He was very controlling in his constant "helping" me. Slowly, but surely, I was being placed in this guy's debt, literally and figuratively.

In order to free myself from his attentions, I began to take advantage of everything he offered and carry it to the extreme. I maxed out his credit card on shoes, bags, and luxury items for me. I constantly told him about my other boyfriends. I picked fights with him over stupid things. I thought he would just leave, but then another idea got into my head. I began to realize I was playing with fire and he just might kill me.

Arturo began to hint about violent things he had done in the past. I was smart enough to realize this twisted relationship was doing a lot of harm to both of us. I called another boyfriend of mine, a cop named Johnny, and told him that I was afraid.

Johnny told me not to worry and the he would come over that evening and have a talk with Arturo. I was in such a state of nerves that I could not stop shaking. Johnny pointed out to Arturo that he had to leave and not come back. Arturo looked at me and asked if this was true, and I told him "yes".

Arturo did leave, and besides calling me every 15 minutes for the next two months and hanging up when I answered the phone, he didn't bother me again. It's been over 20 years since I've heard from him or thought about him. Then today, the phone has rung about 15 times and nobody is there.
Posted by Linda Medrano at 2:21 PM