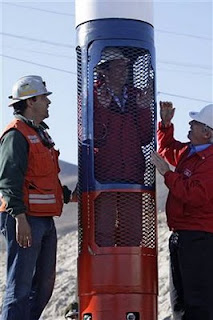 I really pray this rescue goes well. I just can't watch it without hyperventilating.
Posted by Linda Medrano at 2:16 PM