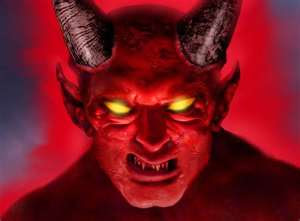 Satan be damned!
Posted by Linda Medrano at 12:06 AM