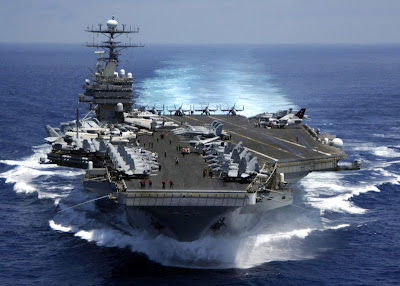 Alex leaves for a month tomorrow.

He's going to Hawaii.  The last time he was in Hawaii was on a Westpac Cruise.  He was stationed aboard the USS Carl Vinson.  I took him to his ship as he left a number of times.  Westpac is a six month cruise.

It's always hard the night before your partner leaves.  There is a feeling of total desolation for the weeks before the deployment.

I'm pretty self sufficient, but the sadness and worry overtakes me at that point.  The night before Alex leaves, we never really sleep either.  There was too much on our minds.  Six months is a long time to be away from home.

I am not  a woman who worried about what my husband did in Thailand with a prostitute.  I mean,you hope not, but if he went into the Indian Ocean to sit there for 3 months, I was not worried that he would fall in love with a hooker and leave me for her. Nor do I think he worried that I would spend time with a business executive and decide that was my new lover.

Maybe we trusted each other too much, but I doubt it.  My concerns were for his well being.  As a Navy airman, the flight deck is a dangerous place.  I wanted him to get back home in once piece.  Alex worked on F-14 aircraft and there were accidents on every cruise, and frequently sailors were injured or killed.

I hope the most dangerous thing Alex does on this next deployment is to ogle a hula dancer,but I still worry.    We won't get that much sleep tonight.
Posted by Linda Medrano at 8:43 PM