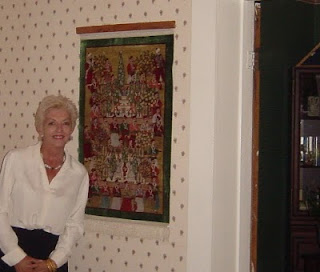 I selected this photo because it gives me authority. See, I'm getting ready to lecture!

Okay, now this is going to be kind of short but sweet! What I'm going to tell you is to throw out every bit of advise you've ever heard about what to look for in a husband.

Mama always told me it was just as easy to love a rich man as a poor man. I thought she knew what she was talking about, (but wondered if she though my policeman dad was rich)? I have had wealthy husbands. Yeah, the money is always nice. But the husbands, not so much. Oh I'm sure they could be fine if you found the right one, but I didn't.

The first time I got married it was to a man 3 years older than me. I was a few months shy of turning 19. He was a hard worker, didn't beat me or drink, but I was very unhappy with him. See, I married him because when I turned 18, my mother decided that she was selling our house and moving to an apartment and there would not be room for me when that happened. Along came husband just in the nick of time! Why on earth I married him, I have no idea. I just didn't want to go live in an apartment by myself! Sounds pretty stupid when I write it, but hell, it is what it is! Six miserable years later, I had two kids and an ex-husband. (I liked him even less as an ex-husband than I had as a husband.)

Husband #2 was 20 years my senior and fairly well off. He was fine except when he was drinking. Unfortunately, there weren't too many times he wasn't drinking. He was physically abusive to me as well.

Husband #3 was a very successful lawyer who helped me out of my bad situation with husband #2. We were together for 7 years, and then he turned my ass in for a newer (younger) model. Yup! He left me for a 25 year old paralegal. I had done the worst thing a trophy wife could do! I had aged. Now I was 40 and kind of over the hill! LOL!

I met a cute young Navy airman when I was 42. His name was Alex and I think he was 24 or 25 at the time. Alex left on a six month cruise the day after we met, but I had given him my card and over the next two years, we were pen pals and became the best of friends. The rest, my dears, is history. Alex left the Navy after his enlistment was up, (but stayed in the Reserves). He worked as an aircraft mechanic while he went to college nights. He got his degree in Computer Science after several years. We have been married for 20 years as of last November. And I've never been happier.

So throw out everything you've ever heard about husbands and just find the one that's right for you. Rich man, poor man, beggar man, thief, doctor, lawyer, Indian Chief! (Did I mention that Alex is Navajo?)
Posted by Linda Medrano at 4:29 PM