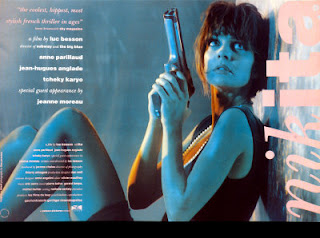 I recently did a post where I made several claims and one of them was a lie! Not just a lie, a whopper of a lie.

Some of the people who read my post immediately guessed the correct item, but some did not.

I stated that I had breast implants when I was 34. That is not only a lie, but also a laugh because if anything, I might be a candidate for breast reduction surgery. Further, I am totally opposed to tampering with nature.

When I was 14, my nickname in high school was a slang name for breasts followed by my last name. Charming? Not so much. Although I was justified in taking pride in my full bosoms, I really would have preferred a more subtle acknowledgment than having some fool call out "Tits Medrano!" when I walked by.

I have a number of friends and acquaintances who have gone under the knife to have breast implants. I shudder at the idea. Not one of these women have been totally happy with their results. Complaints ranged from uneven breasts, to leaking implants, to follow up surgeries to remove the things.

Americans have a fetish for breasts. It's funny because like the big white chicklet teeth you see in all the movies now, the implanted breasts begin to look comical to me because of their uniformity.

One of the most beautiful women I ever saw was Anne Parillaud, a French actress, who starred in the 1990 film "La Femme Nikita". Ms. Parillaud was a fine actress, and low and behold, there was something so amazingly beautiful about her. First of all, she had small breasts. In Hollywood, this would have been enough to eliminate her from stardom.

Parillaud also had imperfect teeth. There was something about her smile that was heart rending and so real. It took half a roll of film before I realized her beauty was partially because she had real, slightly crooked, normal looking teeth.

If one has a deformity that needs correction, by all means have that work done. But being unique is what makes a person beautiful. I now am in an age group where a lot of my friends are having Botox injections, eye lifts, and such.

Good grief. The Botox injection does not make them look younger. It makes them look frozen and weird. The eye lifts makes the skin around their eyes look slick and a little strange. I am not particularly fascinated with youth. I am very content to be the age I am. Yes, I have lines and sags. For goodness sakes, I'm over 60. Still, I look in the mirror and I am quite happy with what I see. So color me vain!
Posted by Linda Medrano at 10:18 AM