Take Me Out To The Ballgame! 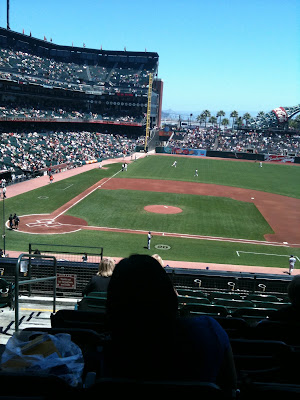 The San Francisco Giants were swept today by the LA Dodgers.

This was not a good thing. But any day you can go to the ballpark is a good day anyway. In San Francisco, you are not limited to hot dogs and beer. Oh no!

You can opt for sushi and sake. You also have weird fans who sit and talk on their cell phones or text during the entire game. I saw two men trying to pick up two ladies across the aisle from us. Most people arrive "fashionably late' and or leave "fashionably early". Strange crowd.

People get up and down all the time too. If they have to go to get something to eat or drink, or to use the restrooms, they do it about 10 times per person. I never get up at a ballgame till I'm ready to leave.

Years ago, I had a boss who loved the Giants. I could almost always get him to leave work and take me out to an afternoon game. Damn! That was fun! Just sitting in the sun and watching the game and eating peanuts and drinking watery beer was a blast! That was when the Giants used to play at Candlestick (the stadium of the 49ers now).

The new stadium is fabulous. Really upscale and it's hard to get a bad seat. Alex gets season tickets for the field club level which is nice and has great views.

We dropped my watch off at Cartier before the game. (It quit a couple of nights ago.) I wanted to get it back before the store closed and since the Giants were losing 8 to 1, I figured it wouldn't hurt to miss an inning or two. Plus, beer in the afternoon makes me sleepy. 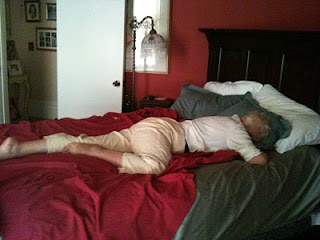 Posted by Linda Medrano at 5:00 PM