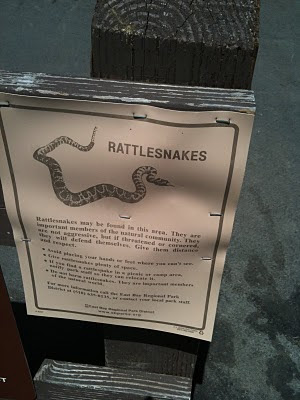 What is there about this sign that you don't understand? There is nothing about it that I do not understand.

Snakes are great and I saw that movie "Snakes On a Plane" and I flew again because I know there are not really going to be snakes on a plane. (Or maybe I've just convinced myself.) 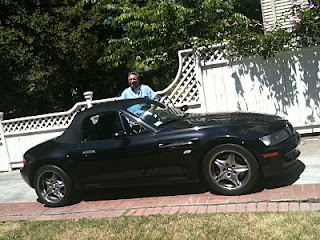 It all started out as a really nice day. Alex pulled out the M-Roadster and took me to a wonderful little Japanese restaurant for lunch. We were going to try and decide about an adventure to go on this afternoon with the pups.

This is the hostess of the restaurant. Pretty, isn't she? 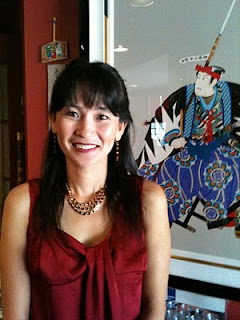 We had sushi and tea and talked about our options. We didn't want to drive too far but we wanted the dogs to continue their "Dawg Tour - Twenty Ten".

Alex came up with the idea to drive up into the Oakland Hills. Now some of you might picture Oakland a certain way, and in some areas you might be right. There is poverty, gang activity, and blight. But there is another side to Oakland too and it's pretty amazing. 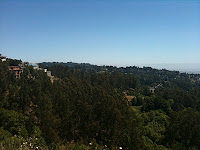 Oakland has some of the most beautiful homes and scenery to be had in Northern California. And they have some pretty magnificent views from the hills. It all seemed like a great idea until we turned onto Snake Road.

Snake Road writhed along for a few miles until we reached a wonderful park. That is, it looked like a wonderful park until we got out of the car and I saw the sign about Rattlesnakes. This area is very heavily "natural" (as in NATURE) and if they have snakes, they are going to also have wildcats, mountain lions, gorillas, maybe zombies and or aliens, cannibals, and all sorts of things that I do not want to encounter. 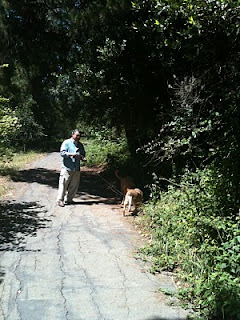 Alex started trotting up the path with the dogs while I called out to him to go on ahead. I would catch up later. Later like in another lifetime. Here is a photo of Alex with the dogs out in nature.

I could hear things making weird rustling noises in the bushes. And, did I mention there were trees? Lots of trees.

So there they go, my little family and I can only pray I will see them again. I went back to the parking lot and met a couple of Japanese guys with a cute little dog named Jake. Jake and I became fairly fast friends while I tried to warn his owners that going into that park might not be the best idea ever because of the "nature" stuff. They listened but did not heed my advise.

Alex and Harry and Honey made it back safely and only after about 15 minutes. I was a nervous wreck by then and trying to find a Park Ranger to go in after them. All I can say is thank goodness they have me as the brains of the bunch!
Posted by Linda Medrano at 4:24 PM