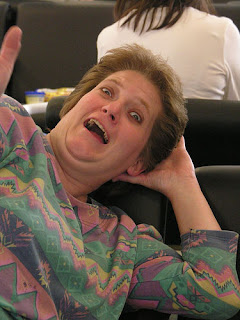 It was February and freezing in London. At the tail end of our three-week European vacation. I was hunched over, sweating and sick, parked in a chair outside of an exclusive men’s shop at Heathrow Airport. Alex was off trying to find a place to make a telephone call to arrange for a limo to meet us in San Francisco. The shape I was in, I kind of wished he was arranging for an air ambulance for the ride home. Hell, the way I was feeling, even a air hearse would have been acceptable to me.

This was at the end of the worst twelve-hour period I can remember experiencing. Alex and I went to dinner the previous evening at our hotel in London. By the time I got back to the room, food poisoning had set in. It was truly dreadful. I won’t go into details, (you’re welcome) but it was bad. By 8:00 a.m., I told Alex that there was no way I could be ready to fly out at 2:00 p.m. as scheduled. We were both at a loss about what to do, but one thing was for certain, I could not get ready to leave in the state I was in.

I finally told Alex, get the hotel to send for a doctor to see me. I truly was beginning to think I was going to die. (Had I been in Paris, I might have said “Forget the doctor. Dying in Paris is something I can live with.”) Alex called down and the hotel concierge said she would get right on it. Within minutes, the phone rang and we were told that the doctor would be up to see me within the hour.

A very nice young Doctor showed up as promised. He said it looked like food poisoning and told me that I was very seriously dehydrated. He gave me three shots, (I don’t know exactly what they were, except one was to hydrate me) and some pills, including pain medication because I could barely move from the pain caused from the severe dehydration. By the time the doctor left, a wonderful feeling of peace was overtaking me and I was falling asleep. The doctor also told my husband and me that I could not fly for at least 3 days. I nodded (and nodded off) as he was leaving.

When I awoke about 3 hours later, maybe about noon, I felt great! In fact, I felt so great that I said, “Alex, let’s go home!” He quickly agreed and we started throwing our things in suitcases getting ready to leave. It would be a miracle if we made our flight so I didn’t bother with bathing or putting on make up. I pulled a fur hat on my matted hair, washed some of the smeared eye make up off my face, and put on some lipstick and sunglasses. I didn’t realize the injections I received were giving me a false sense of “I’m fine” until we arrived at the airport.

I sat in my chair and felt like I was drooling. I wasn’t, but I was sweating up a storm under the fur hat and drops were running down my face. I could not remove the hat—remember the hair! Charming. My head and body throbbed with pain. We had missed our flight (no duh!) and had another four hours to wait for the next one. As I sat there alone, I saw a good-looking man in the window of the shop I was sitting in front of. He was arranging clothing on the manikins in the window and he looked out at me for a moment. I gestured to move the umbrella a touch to the right and he smiled and complied. Within minutes, this man was at my side. He wanted to know where I was going and when I told him, he said that he had always wanted to visit San Francisco! In fact, could he have my phone number, and he would visit me in San Francisco.

I spent the 11 or so hours on the airplane being semi-comatose, I thought about my experience with the young salesman. I came to realize something I’ve probably known for a long time. While I felt and looked horrid, I also looked “approachable.” (She looks like she would never be in a position to say “No.”) I think I may have looked like a sick and tired prostitute who might just have one good romp left in her before she died.

Posted by Linda Medrano at 9:05 AM