Depression and the Art of Denial 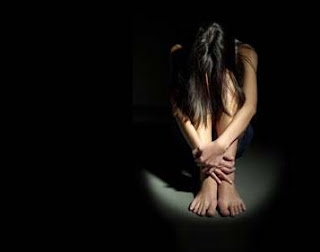 I have had some issues with depression since I was in my 20's. This overwhelming "gloom" would come over me, making it very difficult to function. Some of this was situational, but some of it wasn't.

My mother had episodes of depression most of her life. But unlike my mom, I really tried to shield my children from mine. "Mom's fine. She will get out of bed next week! I promise!"

I finally talked to a doctor about how I was feeling, and she proscribed something called "Elavil" a mood elevator! I guess my mood did improve but for the first two weeks I felt like a true life member of "Night of the Living Dead". I was feeling numb and very thick, and I walked along doing what I can only compare to the "Thorazine shuffle".

I did acclimate to the Elavil after a couple of weeks, and then after about 6 months, I stopped taking it. I was fine! Until a few years later when I wasn't "fine" again. This time, and with a new doctor, it was felt that rather than depression, my primary problem was anxiety. I was given a course of Valium.

Yikes! Now this stuff I liked! It took the edge off of everything. I was so laid back I could have passed for a hippie stoner! It was fun for a little while, and then I realized that I could become an addict to this and I'd better quit taking it.

Years passed and I was fine again. Until 4 years ago, when I lost my precious cocker spaniel and my Mom within weeks of each other. I sort of hit bottom and I could not get out of bed for over a week. I did get out of bed, finally, and went to the doctor where I was proscribed something called Zoloft.

Now Zoloft does not not really feel like much of anything to me and it never has. I'm taking it, but I don't really "feel" any different. (I'm afraid to stop taking it, because if it is making me feel "better", God knows, I don't want to experience what it would be to feel "worse"!) I mean, I feel "okay", but is that because of the pill, or is it because I'm okay?

I guess I have to wonder, is this stuff "situational", "heredity" or what? It doesn't really matter, whatever it is, it sucks! Maybe I'll just go back to Valium. (Yeah, it was that good! LOL!) Naw, the Betty Ford would be just too nerve racking with my anxiety issues!
Posted by Linda Medrano at 4:30 PM